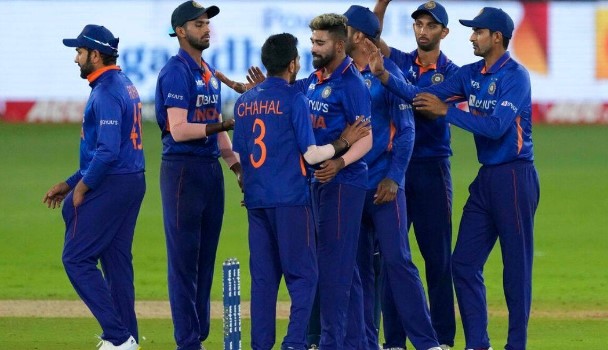 On Wednesday (July 27), the third One-Day International will feature the contest between India and the West Indies. The Shikhar Dhawan-led squad has won the one-day international series 2-0 thanks to yet another nail-biting victory in the second ODI by only two wickets.

Axar Patel’s magnificent innings allowed India to leave the cell just in time, while West Indies failed to deliver the decisive blow. West Indies will make every effort to escape the whitewash as India attempts to sweep the series.

The Queen’s Park Oval pitch is a great one to bat on when openers get off to a strong start. However, bowlers also gain from it in a comparable manner. There have been 22 matches on the wicket so far and India leads with 12 victories, 9 losses, and one tie. On the pitch, 65 games have been played so far, with 30 games being won by teams that bat first and 35 games being won by teams that bat second. The captain would want to bowl first if they win the toss.

What to expect in the middle?

The Indian batters appear to be in fantastic shape. Whether Shreyas, Shubhman, or Shikhar bat first, we should anticipate a respectable total of 50–60 runs in the first 10 overs. We may anticipate West Indies to score 45 to 50 runs during the powerplay as they are batting well too.

West Indies demonstrated in the second game that they will utilize their power hitters to the fullest extent possible. So, we can anticipate a score of 65 to 70 from India and a run total of 70 to 80 from WI.

India vs West Indies 3rd ODI: Who will win?

The visitors’ batsmen have done well, scoring more than 300 on two occasions, but the bowlers have fallen short. With the exception of Yuzvendra Chahal, the other bowlers have had a difficult time consistently picking off wickets. In the third ODI, India would be hoping for a better bowling performance. Deepak Hooda and Axar Patel’s overall performances are very encouraging for India.

West Indies’ ability to handle the bat has greatly improved. They produced a solid batting effort against India. However, the bowlers have come up short. Alzarri Joseph is the only player to have taken a wicket thus far. The spin twins Motie and Akeal Hossein have not played much in the middle overs. Nicholas Pooran is expected to play well in the final match.

As the first two matches brought some thrilling experience with the bat, the concerns lie with West Indies’ bowling department. We can expect anything to happen in the last and 3rd ODI. It is likely that West Indies will finally break the curse and do away with the consolation victory.