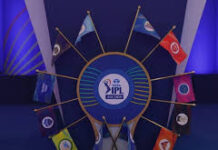 Review Of Performances Of All The Teams In IPL 2022

View below topics in this post Performances Of All The Teams In IPL 2022 The 15th season of the Indian Premier League (IPL) began on March 26 with a match featuring defending champions Chennai Super Kings and runners-up Kolkata Knight Riders. With the inclusion of two new clubs, Gujarat Titans (GT) and Lucknow Super Giants […] 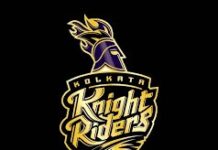 How many times did Kolkata Knight Riders qualify for playoffs?

After losing their match against Lucknow Super Giants, Kolkata Knight Riders have joined reigning champions Chennai Super Kings and five-time champions Mumbai Indians in being eliminated from the playoff race. The team’s final league game, a 2-run loss to the Lucknow Super Giants on May 18, was the final nail in the coffin for coach […] 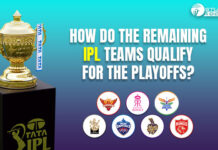 How Do The Remaining IPL Teams Qualify For The Playoffs?

View below topics in this post IPL 2022 Playoffs Teams Possibilities As the 15th season of the Indian Premier League (IPL) 2022 approaches its conclusion, the competition is heating up. Following a recent win in a nail-biting 2-run triumph against two-time winners Kolkata Knight Riders (on Wednesday, May 18), Lucknow Super Giants (LSG) were the […] 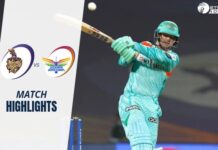 LSG vs KKR Match Highlights: Lucknow ultimately played as a team against the Kolkata Knight Riders in one of the most exciting matches in IPL heritage. The 66th clash between the KKR and the LSG featured each scenario that had spectators feel much more exciting with fingers crossed till the conclusion. The thrilling night of […] 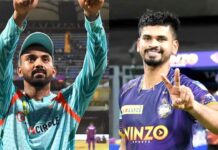 It what could be termed as a fantabulous performance ever watched in the history of Indian Premier League of 2022 seasons, the match between Lucknow Super Giants and Kolkata Knight Riders held on Wednesday was nothing but a nail-biting clash to witness. Lets look at LSG vs KKR Match Summary. As the second innings progressed […]

View below topics in this post LSG vs KKR Live Match Updates – 1st Innings 10 Overs Update The Dr. DY Patil Sports Academy is probably going to witness some big scores coming up on Wednesday’s match. The Lucknow Super Giants team won the toss against Kolkata Knight Riders and elected to bat first. The […] 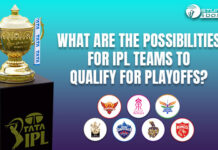 What Are The Possibilities For IPL Teams To Qualify For Playoffs?

View below topics in this post Which Team Will Qualify For IPL Playoffs Contexts: As the Indian T20 league nears its conclusion, the competition for a position in the playoffs ramps up.  And, few teams have a chance to make the playoffs, and many have no chance whatsoever. Few teams will have a chance if […] 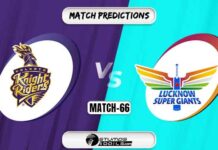 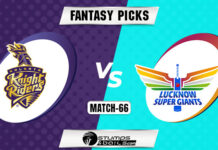