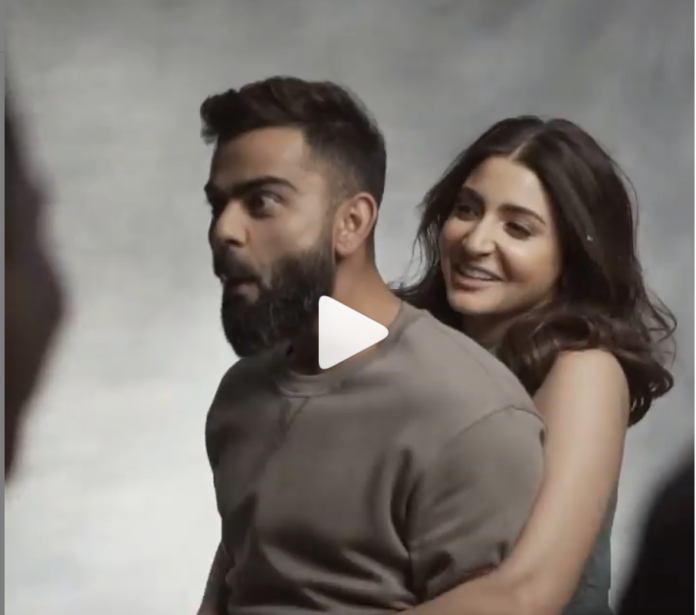 Virat Kohli and Anushka Sharma are one of the most talked-about couples in India. The dynamic duo of the Indian skipper and one of Bollywood’s top actress makes it to the headlines every now and then. Anushka and Virat try their best to keep their private life a secret but the paparazzi are always buzzing around them.

However, every now and then, the couple hands their fans something to cherish for. Anushka Sharma, recently, shared an adorable video of the couple from their recent photoshoot. Anushka Sharma took her Instagram account to share a clip where she shocks her husband Virat Kohli by lifting him. Virat Kohli was seen saying ‘O Teri’ as Anushka Sharma lifts him from behind. Virat Kohli left a ‘heart and a crying’ emoticon on the comment section of Anushka’s post.

Indian Premier League’s highest run-scorer, Virat Kohli, will lead RCB yet again this season. The stage is set for the Indian skipper to grab his maiden IPL trophy. Virat Kohli’s glorious trophy cabinet is missing an IPL silverware, which will just add another feather to his hat. Kohli will be wanting to be in his top form this season as he wishes to gear up for the upcoming ICC T20I World Cup, which is also scheduled to be played in India.