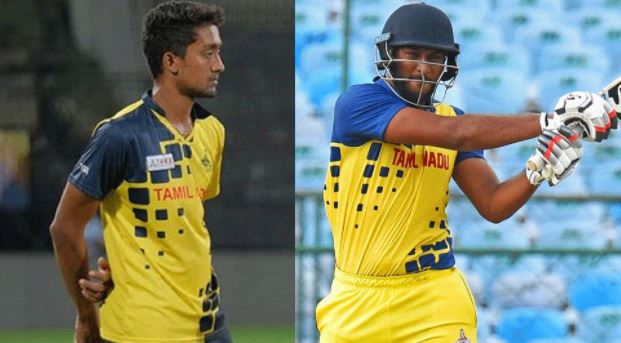 Tamil Nadu’s batting sensation M Shahrukh Khan and left-arm orthodox spinner R Sai Kishore are all set to join Team India’s white-ball team as stand-by players for the upcoming tour against West Indies, Which is all set from February 6th, 2022. This series will have three T20I and three ODI games. Shahrukh khan and sai kishore to join team India.

Both the players were one of the crucial assets of Tamil Nadu’s squad and the reason behind their selection is BCCI selectors are looking for a few players whom they can keep in stand-by as a precautionary measure in Covid times.

One of the senior BCCI officials has stated saying – “Yes, Shahrukh and Sai Kishore have been called as standbys for the Windies series. They will also enter the bubble with main team players,”

The series will start with an ODI game on Feb 6th at Ahmedabad and after completing the three-match ODI series they will play the 3 T20I games at Kolkata.

Shahrukh khan was earlier suggested to be in the main squad and this news was circulating all around the cricketing circle. But BCCI has broken the silence directly by announcing the official limited over squad for the series.

He has become an all-time hero for his brave last-ball six against Karnataka to win the Syed Mushtaq Ali Trophy final. In a similar fashion, he has thrashed the opponents in the Vijay Hazare Trophy quarter-final, where he has scored a quick 79 in just 39 balls.

This is a 2nd opportunity for Sai Kishore in the Indian setup, earlier he was a part of the net bowler’s group during the Sri Lankan tour. He will be joining the setup along with Kuldeep Yadav, Chahal, Axar Patel, and W Sundar in the bowling set-up.

Shahrukh might have to wait for this turn as the head coach Dravid and skipper Rohit Sharma give enough chances for the youngsters to prove their talent on a bigger stage. And he might play a crucial role as a finisher for Team India.