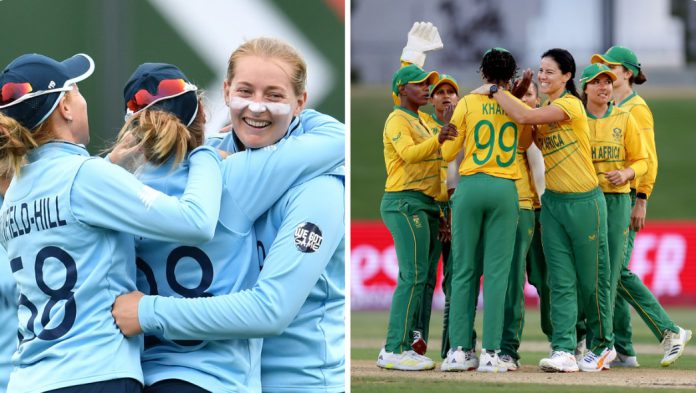 Alice Capsey’s first T20I half-century and entertaining cameos from veterans Katherine Brunt (38*, 1-16) and Amy Jones (36*) put England on the verge of the Commonwealth Games 2022 semifinals with their 26-run victory over South Africa.

When England was given the opportunity to bat first, Shabnim Ismail struck off her first ball of the match to get rid of Sophia Dunkley, reducing England to 10/1. To help England nudge ahead, Capsey made two crucial stands, one worth 33 with Danni Wyatt and the other worth 46 with captain Nat Sciver. Before chipping a return catch to Mlaba to cause England to tumble immediately after reaching 100 in the 13th over, the teenager reached her fifty off just 36 balls.

The very next ball saw Maia Boucher run out, but Brunt and the hometown hero Jones prevented England from suffering the consequences of consecutive wickets. They each scored four boundaries and a six in their nearly identical 23-ball cameos, and their 73-run sixth-wicket stand helped the hosts to a respectable 167/5.

In response, the South Africa chase was launched by the opening pair of Tazmin Brits (38) and Anneke Bosch (32) who put together a good 64-run stand but allowed the required run rate to rise. And the middle order of South Africa couldn’t keep up.

With Brunt eking out some tight overs after Bosch’s dismissal at the start of the 10th over, South Africa slowed down even more. Four overs later, the Brits were out, and despite Laura Wolvaardt’s undefeated effort of 41 off 33, South Africa could not reach the target and lost for the second time in a row.

Excellent performance from England, who wins two out of two games at the Commonwealth Games. Both they and Newzealand will advance to the semifinals. But if they want to take home a gold medal they’ll have to overcome more difficult obstacles. With a 68-run opening stand, SA set a strong basis for their chase, but the run rate was constantly rising. Even though England only managed to take four wickets overall, the team won the match by a pretty comfortable margin.