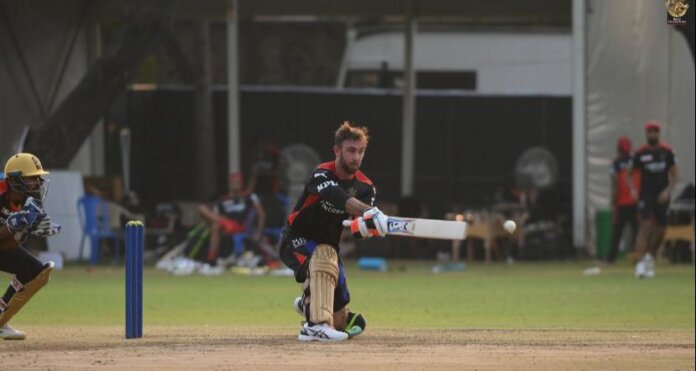 Glenn Maxwell is a cricketing sensation. He has been handed the name ‘Big-show’ in the world of cricket because of his abilities to go huge with his bat. He possesses the calibre to single-handedly carry any side. T20I format is his forte and he excels in all three department- batting, bowling and fielding- of the sport.

However, the Aussie superstar has not been at his level best in the Indian Premier League. Barring the 2014 IPL season, where Maxwell amassed a total of 552 runs in 16 games at a strike rate of 187.75 for Punjab Kings, the Australian has failed to display his mettle in the tournament. Maxwell has featured in a total of 82 IPL games, where he has scored 1,505 runs at an average of 22.13.

IPL 2020 saw one of the worst performance of Maxwell, where the 32-year-old was struggling to connect his bat to the ball in UAE. He scored just 108 runs in 13 matches at an average of 15.42. Indian legend Virender Sehwag termed Maxwell as a ’13 crore worth cheerleader’ following the Australian’s abysmal performance for Punjab Kings in IPL 2020.

Nevertheless, the name is ‘Glenn Maxwell’ and he will also be in demand when it comes to T20I cricket. Punjab Kings released Maxwell in this year’s IPL auction and to nobody’s surprise, other franchises were ready to fight for him. Royal Challengers Banglore grabbed the all-rounder for a sum of 14.35 crore.

Maxwell has joined the RCB clan and is gearing up for their first clash against Mumbai Indians. RCB fans were seemingly happy to watch Maxwell in the royal red. They filled the internet with excitement to watch their favourite Australian feature for them.

That’s actually the most exciting part of IPL 14.
Maxi in RCB colours😍

Nice to See maxi im excited to See him🔥🔥

Open the innings with Virat Kohli 🤘