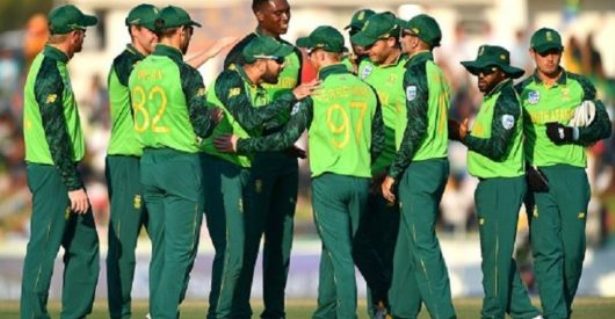 Under the captaincy of their new skipper Quinton de Kock, the South Africa team reached in India in March with high expectations. But, because of rain, the first ODI match got canceled in Dharamsala. Then, the other two ODIs were supposed to be played without any spectator. But they were also called off due to the coronavirus outbreak.

The BCCI and CSA (Cricket South Africa) decided to cancel the series mutually. For some time, the South African cricketers were stuck in Lucknow before returning to South Africa. On their back, the complete team and the supporting staff were told to stay in quarantine for two weeks.

During this two weeks period, the CSA medical team was assigned to test for any COVID-19 symptoms. But, on Thursday (02-04-2020), it was confirmed finally that no cricketer from the team on the India tour got affected with coronavirus.

The chief medical officer of Cricket South Africa Shuaib Manjra confirmed that no single player from the team was found positive for the COVID-19.

He quoted “ During this two week period, we are continuously monitoring the players for any symptoms of the dangerous disease. But, thank god, all the players have no symptoms.”

Also, he informed that now the players can leave their isolation but have to stay at their homes because of the whole country lockdown imposed by the government of South Africa.

He said “ Now, all the players are out of the isolation period, but they are under the directives of the government at the time of this lockdown. In South Africa, there have been 1462 number of positive cases affected by coronavirus and five people died.”

Until the month of June, the South Africa team doesn’t have any international game.  Some players were supposed to take part in the cash-rich Indian Premier League (IPL) and then they were scheduled to have a tour to Sri Lanka.