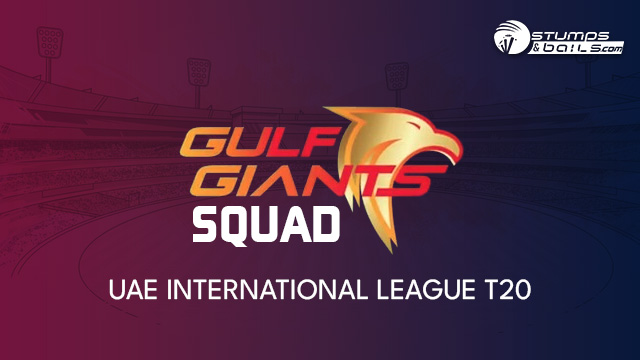 With the announcement, Gulf Giants became the third team to announce its lineup of foreign players. The other two are the MI Emirates and Abu Dhabi Knight Riders.

Some of the notable players in the team are Englishman Chris Jordan, Shimron Hetmyer of the West Indies, Namibia’s David Wiese, and Australian Chris Lynn. The head coach of the squad will be former Zimbabwe captain and World Cup-winning coach Andy Flower.

“The moment which our fans have been awaiting has arrived! Do the Gulf Giants unveil the #GiantArmy that will compete in next year’s #ILT20 which player are you most excited to see in the squad? #Adani #UAECricket @adanisportsline @EmiratesCricket @ILT20Official,” tweeted Gulf Giants.

In May, Adani Sportsline, a part of Adani Group, made a landmark foray into franchise cricket by acquiring the rights to own and operate a franchise in UAE’s flagship T20 league.

Later, in July, the Emirates Cricket Board announced that the first season of the International League T20 (ILT20) League will run from January 6 to February 12, 2023.

The six-team league will be played over the course of 34 matches at recognized, top-notch locations in the UAE.

Kieron Pollard, Dwayne Bravo, Nicholas Pooran, Andre Fletcher, Imran Tahir, and other players are part of the MI Emirates squad, which is owned by the Mumbai Indian franchise.