Glenn Maxwell Injury: Maxwell Explains how He broke His Leg. 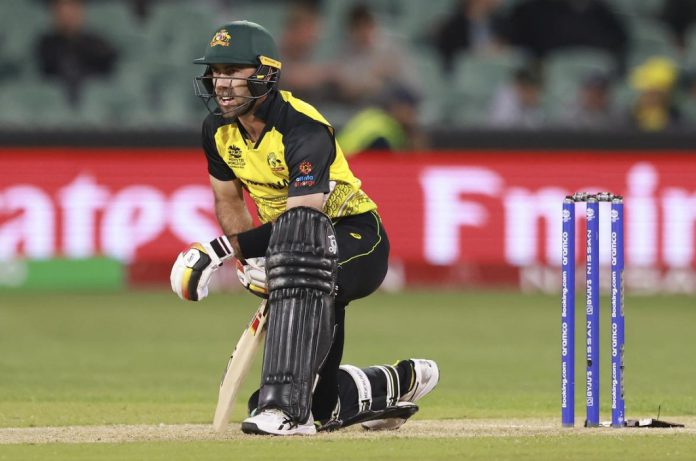 The horrific details of how Glenn Maxwell broke his leg in a “freak” accident at a birthday party have been made public. Maxwell believes it is highly unlikely that he will be ready for the India Test tour the following year. Though he hasn’t given up hope.

How Glenn Maxwell Broke His Leg

Maxwell broke his leg on November 19 at a 50th birthday party. A friend tripped over him, and he will now be sidelined indefinitely.

While recovering from surgery for his fractured fibula. Maxwell spoke to Cricket Australia’s Unplayable Podcast from his home. He described how the incident had taken place on wet artificial grass in a friend’s backyard.

“One of my mates, who was also one of my schoolteachers, we were laughing about something and I pretended to chase him off somewhere,” Maxwell said.

“I reckon we both took about three or four steps out there, and both slip at the same time. I just got my foot stuck a little bit, and he fell. Unfortunately at a really bad angle and land straight on my leg.

Post accident, Maxwell had to go through a lot of pain. “I probably didn’t sleep for two days while I was in agony. It was a pretty horrible couple of days. My wife was unbelievable through it all.

“I shattered my fibula. So that one I think was the first snap I heard. It was snapped in half, but it also shattered through the bone.

“There was a bit of a chip off the tibia as well [and] I ruptured all the ligaments on top of my foot as well…the syndesmosis ligaments, they’re all ruptured. I did a good job of it for such an innocuous thing.

“To do something so innocuously, it’s just frustrating. It was just a nothing incident. The amount of times that I’ve jumped into a pool and gone, ‘that was probably a bit more shallow than I thought’, and not had even a scratch, not even a bruise or anything, not even a rolled ankle.

“It was just a little bit slippery, and all of a sudden there goes a couple of months.”

Maxwell was especially miffed that he couldn’t play in Victoria’s upcoming Sheffield Shield games against Tasmania and New South Wales. These were going to be his first red-ball games since the start of 2019. He had come agonisingly close to being unexpectedly recalled to the Test team in Sri Lanka earlier this year. Prior to injuring his leg, Maxwell had been practising his red-ball batting with Victoria batting coach Ben Rohrer in the days following Australia’s T20 World Cup loss.

On the four-test tour of India next year, he had hoped to advance his claim for a Test recall, but he now realises that hope is dwindling.