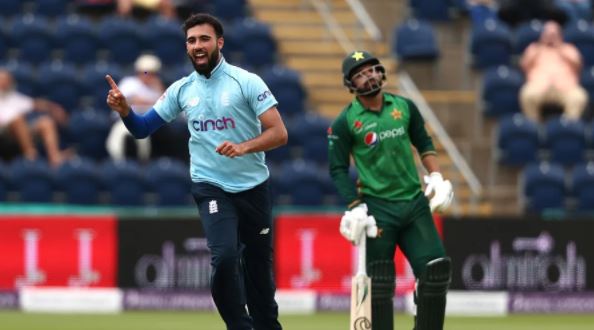 England has whitewashed the ODI series with 3-0 against Pakistan on 13th July at Edgbaston. After the huge loss against England, Pakistan cricket fans took over Twitter to show their frustration. Let’s look at END vs PAK ODI Series memes on Twitter.

There were a lot of memes flooded over all the social media platforms, especially on Twitter – fans were seen trolling their own national side after the whitewash. Despite the heroics from the skipper Babar Azam – Pakistan had to face their 3rd loss against the second-string England side.

Going into some details, Babar Azam had made a terrific century and there were a couple of excellent partnerships from the Pakistan side. Babar has made a knock of 158 in just 139 balls with a strike rate of 113.67.

Mohammad Rizwan has walked into pair with a skipper and had an excellent partnership in the middle. And after the skipper century – wickets were falling very rapidly from the end and they have failed to post a competitive total on the board. They were 33 runs short of the par score at the venue.

Pakistan bowlers had to give their best in order to restrict the opposition in the 2nd innings. James Vince was making his comeback for the national side and paired with Lewis Gregory. Vince had made an excellent century in his comeback match and even Lewis had made a quick 77 in just 69 balls.

Both the batsman have put England in a winning position and after their dismissal, Craig Overton and Brydon Carse have finished the game for England.

After the humiliating defeat over England, Pakistan cricket fans lost control and took over to troll their side and flooded with memes.

END vs PAK ODI Series: Twitterati’s Reacted After the Loss

In terms of comedy, Pakistan are the Arsenal of cricket. #ENGvPAK pic.twitter.com/CaJckf3XH0

We Are In Need Of Good Fast Bowling All Rounder please come To Our Team😮🙏#பாகிஸ்தான்_வந்தேறிஅஜித் pic.twitter.com/IJO3BGw1RB

That's me expecting Pakistan cricket team to surprise me with their good performance but instead they actually end up surprising me. pic.twitter.com/RA6TdPQ7jM

Also read: 6 Cricketers Who Could Get Their First-Ever IPL Contract In 2022