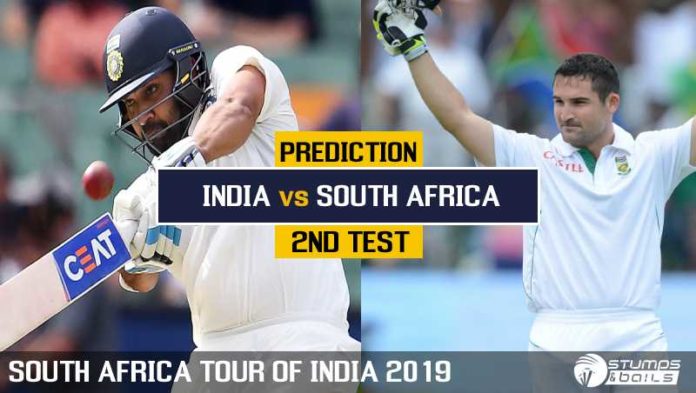 India will look to double their lead and maintain their unbeaten start to the ICC World Test Championship when they take on South Africa in Pune. The second match of their three-test series takes place at the Maharashtra Cricket Association Stadium between October 10 and October 14.

India, who have won all three tests they have played under the umbrella of the inaugural ICC World Test Championship, was in dominant form in the first test in Vishakhapatnam. Rohit Sharma hit a century in each innings, having opened the batting in the longest format for the first time, to help guide the hosts to victory.

South Africa was still in contention after the first innings, trailing by 71 at that point, but their bowlers were unable to make inroads as India set a big target and then ripped through the Proteas’ middle order in the second test. They have now lost three consecutive tests, having been beaten by Sri Lanka last time out too.

India won the toss in the first match and elected to bat, and batting first will definitely be the order of the day in this game too.

As with the first test, there is a risk of rain for much of the first five days though the forecast for scattered thunderstorms is more prominent this time out and there could be some heavy rainfall at times during next week.

Pune, one of India’s more recently built test grounds, has favored the batsmen in its short history so far.

India is in superb form and if anything stops them in this match it seems unlikely to be their own performance. Weather-permitting, they can make it two wins from two.