Indian middle-order batsman Manish Pandey tied the knot with actress Ashrita Shetty in Mumbai on Monday, just a day after he led Karnataka to achieve Syed Mushtaq Ali Trophy title.  Manish Pandey represents Sunrisers Hyderabad in the Indian Premier League (IPL). The team tweeted their wishes for the explosive batsman with the caption “Wishing good luck, happiness and lots of love to @im_manishpandey and Ashrita.” The wedding caps off a good year for the 30-year-old, who captained Karnataka to the Vijay Hazare Trophy and their second consecutive Syed Mushtaq Ali Trophy.

Wishing good luck, happiness and lots of love to @im_manishpandey and Ashrita 🥰

Ashrita Shetty, who made her screen debut in 2012, has appeared in five films in her career.

Pandey played for Karnataka in the Syed Mushtaq Ali Trophy in Lucknow. He scored an unbeaten 45-ball 60 as Karnataka made 180. They were in for a scare, with Tamil Nadu nearly completing the chase, but they held their nerves and came out winners by just one run.

Pandey, who is in India’s squad for their upcoming T20I series against West Indies, said after the match: “looking forward to the India series, but tomorrow a big series to come… I’m getting married tomorrow.” 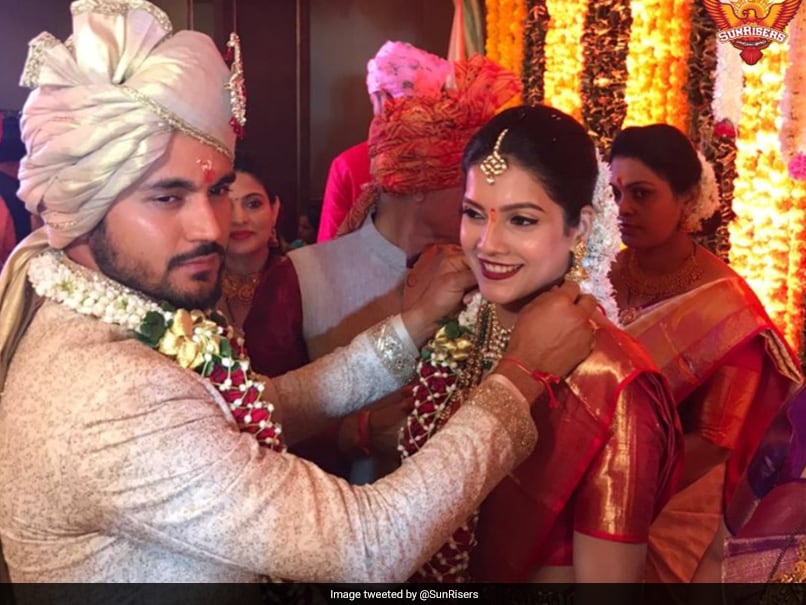 While fans congratulated and gave their hearty wishes to the batsman, he was also praised by many on Twitter for his dedication to playing a final one night and get married the very next day in a different city.

“#ManishPandey Most talented captain and player what a commitment today his marriage yesterday he plays for his team most talented player,” one user tweeted.

“What a commitment to your plans. Yesterday final, today’s marriage and next tour and hope u deserve the best and play well all series,” another fan tweeted.

Vijay Hazare Trophy and Syed Mushtaq Ali Trophy won. But @im_manishpandey still has a lot to look forward to.

Manish Pandey has represented India in 23 ODIs and 32 T20Is.