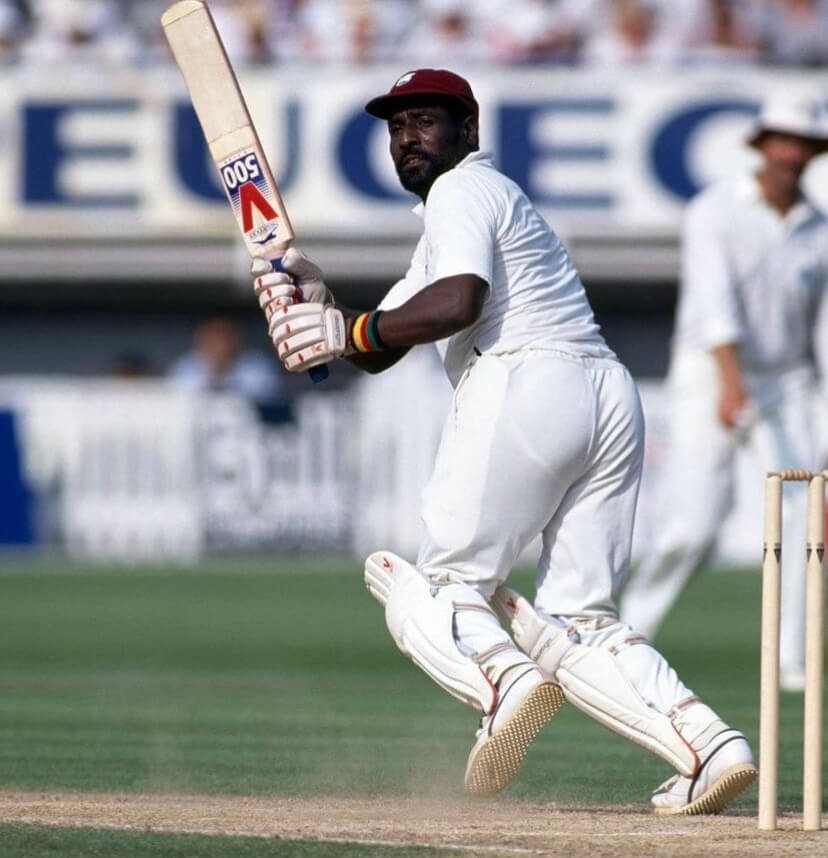 Viv Richards never liked to wear a helmet, no matter facing up to the fastest and meanest fast bowlers of his generation. Richards was a batsman like no other. When Richards was in the mood, footwork did not matter. All he did was stand and deliver, Even against someone like Dennis Lillee.

Fast Bowlers had a really hard time bowling to him as the ball disappears behind you before you even finish the follow-through. Hitting a fast bowler over the boundary with the flick of the wrists is usual in the T20 era but this man-made it looks effortless way back then.

West Indies toured England to play three ODIs and five Tests in 1984. Windies was considered to be the strongest side at that point of the time and yet again they put in one solid performance after another.  It all started with that three-match ODI series in Manchester. The series opener not only signaled the start to a very long and painful summer for the Englishmen.

In the first ODI (May 31, 1984),  legend has written a flawless and perhaps the greatest ODI innings ever with 189 runs unbeaten, which puts the hosts Old Trafford at the shock.

Windies Captain Clive Lloyd led-side elected to bat first but were in deep trouble at 102/7. with the score at 11/2, Richards walked in to bat at number four.

He held the game from one side even when seven top-order batsmen were already back in the pavilion. He first paired with Eldine Baptiste to add 59 runs for the eighth wicket.

In quick succession, Baptiste and Joel Garner were then dismissed. England once again started looking favorites, But the storm was yet to come and it was a huge one. With the score at 166/9, last man Michael Holding strolled out to bat, the duo put on an unbeaten stand of 106 runs for the last wicket, Richards scoring 93 of them. Their knocks helped them finish with 272/9 in their quota of 55 overs. Richards knock included 21 fours and five sixes.in his majestic innings where he made 189 not out from just 170 balls, which still stands as the greatest ODI innings ever played.

The West Indies won the match comfortably by 104 runs and the series 2-1. It is easy to say that Viv Richards 189 was the key highlight of the match and the tour.