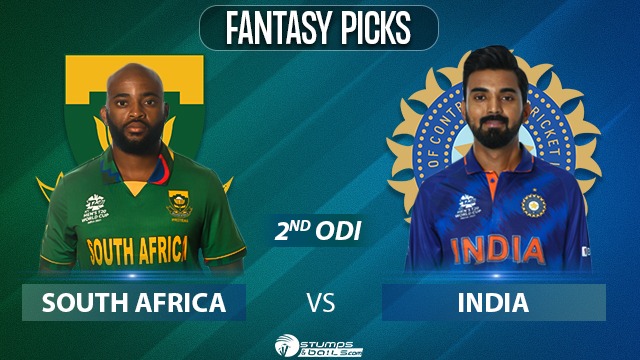 Team India is looking to bounce back in the second match of the three-match one-day international series against South Africa. The batting will again be in focus as the visitors looked good when Kohli and Dhawan were on with their partnership. But they will also need the middle-order batters to step up. Let’s get into some more details of this game.

The pitch at Boland Park will be the same as it was in the first ODI.

It will support the fast bowlers as they can use the bounce from this two-paced surface to good effect. This wicket will remain true throughout the second ODI match.

Virat Kohli – The Run machine of Indian cricket batted well, and he became the highest scorer for India in ODI cricket away from home. Virat went past Sachin Tendulkar in achieving this feat. Kohli scored 51 runs and shared a valuable stand with Shikhar Dhawan. But Kolhi hasn’t got his three-figure mark which has been pending since 2019. Now in this much-needed situation, India needs their former captain to convert that fifty into a big hundred just like he did in the 2018 series, where VK scored three tons and helped India to win the ODI series for the first time.

Quinton De Kock – The Proteas wicketkeeper batter is a dangerous batsman in the fifty overs format. After announcing his sudden retirement from the Test arena, QDK has a point to prove in the ODI series. In the first match, he got a decent start. But De Kock should have converted that into a big one. Quinny’s smashing Bumrah is what the crowd of South Africa wants to see as both the players play for the same franchise named Mumbai Indians in the IPL.

Jasprit Bumrah – India’s Boom Boom Bumrah was the pick of the bowler from the last game. He picked up two wickets and broke the 204 runs partnership between Bavuma and Dussen. But Bumrah didn’t get much support from the other Indian bowlers. Apart from Ashwin, the rest of the bowlers went for plenty. Bumrah needs to strike big again as he holds the key for the visitors in the do-or-die match. He can use the new ball and bowl well in the death overs by using his yorkers, slower ones, and cutters.

Lungi Ngidi – The South African pacer will lead the fast bowling department in the absence of Rabada. Ngidi bowled well yesterday, and South Africa will want him to continue doing so in the next two matches. Ngidi should get the new ball in the next game. He is the specialist new ball bowler instead of Markram.

It’s Unfair For Rishabh To Be Compared With Dhoni: Sourav Ganguly