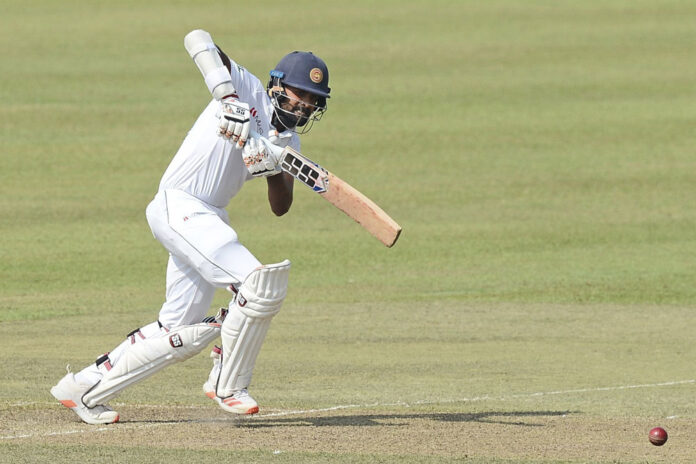 Bangladesh Vs Sri Lanka Day 4 Highlights: A good day for Sri Lanka on field as the 199-run partnership between Angelo Mathews and Dinesh Chandimal help the Lankan team to go past 500 mark and hand them a lead of 141 runs over Bangladesh.

Sri Lanka who started the day at 282 for 5, completed their 1st innings at 506 runs and took a 141 runs lead over the host team. However, team Sri Lanka didn’t stop there as their bowlers did much damage and took 4 wickets of Bangladesh at just 34 runs before the stumps on day four of the second test in Mirpur.

Mushfiqur Rahim was batting on 14 and was joined by Litton Das before the stumps. Bangladesh needed 107 more runs to avoid losing the game by an innings.

Earlier, Bangladesh who won the toss and choose to bat first in the second test of 2-match series, posted 365 runs in their first innings courtesy of Mushfiqur Rahim and Litton Das brilliant hundreds.

The former captain of Bangladesh Rahim along with and the young Litton Das added a valuable 296 runs for the sixth wicket when the Bangladesh team were struggling at 24 for 5. Rahim played a sensible knock of 175 runs while Litton Das scored 141 to help Bangladesh reach 365 in first innings.

In reply, Sri Lankan openers made a good start by adding 95 for the first wicket, but they lost four wickets in the span of 69 runs that put them under pressure. However, Bangladesh’s two batters, the experienced campaigners of Sri Lanka steadied their boat and scored centuries to take Sri Lanka to 500 plus score. Angelo Mathews, who scored the most runs among Sri Lankan batters (145) remain unbeaten.