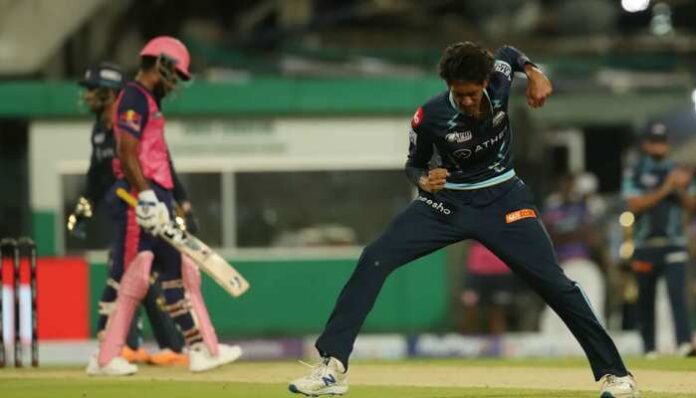 With just a few days remaining to conclude the 15th season of the Indian Premier League (IPL), the anxiety about who would win the prestigious title appeared to be intense among the spectators. Meanwhile, despite a phenomenal debut campaign so far, Gujarat Titans (GT) captained by Hardik Pandya seemed to have been incredibly aggressive and balanced, with added excitement and adventure to their run to reach the season finals.

GT is demonstrating supremacy with fresh and veteran players. In the previous match, they beat Rajasthan Royals in Qualifier 1 to advance to the finals, where the RR will meet Royal Challengers Bangalore (RCB) in Qualifier 2. While RCB progressed to the playoffs after defeating the powerhouse Lucknow Super Giants (LSG) in the Eliminator. Previous results put RCB, RR in the last match to face GT. Gujarat, on the other hand, will be preparing to face both teams.

Interestingly, Gujarat would be aiming to play a team that can easily assist to win their maiden title. Assuming in a scenario if RR beat RCB in Qualifier 2, the GT strategies to meet the Rajasthan Royals in the finals could be analyzed how the GT’s premise to confront the RR in the finals to claim the title.

Titans finished first in the league phase with 20 points, losing only 4 of 14 games. While  Rajasthan placed 2nd with 9 victories out of 14.

Considering the depth of the roster, GT has a destructive batting order, featuring several batsmen capable to play match-winning knocks. They have been equipped with big names especially, skipper Hardik Pandya who was restored to his best holding the leadership responsibility on his shoulders, guiding his team towards maiden triumph. Hardik has become the team’s leading run-scorer, with 453 runs.

On the other hand, the inaugural IPL Champions RR has been outstanding in the IPL 2022 thus far, even though they have not done well throughout the tournament’s heritage. This is their fifth playoff participation in the championship’s history.

RR, headed by Sanju Samson, experienced hot and cold outcomes in the ongoing season. However, they had a wealth of resources. There are performers who can generate strange results in favor to improve the team prospects. They are well-known for their outstanding bowling assault and also forged with batting lineup too. Samson impressed everyone with his calm leadership to drive the team toward the finals.

Y Chahal, Prasidh Krishna, Trent Boult, and R Ashwin are the main bowlers for RR, and they have been steady from the start of the season. Whereas Jos Buttler, Sanju Samson, Devdutt Padikkal, Shimron Hetmyer, and Y Jaiswal anchor the batting order in their pursuit to lift their second title.

It will undoubtedly be a bat-and-ball battle, as GT were experts in hunting with formidable batting order and RR were strong & balanced with depth in the batting lineup. If GT faces RR in the IPL 2022 finals, it will definitely be a close call.