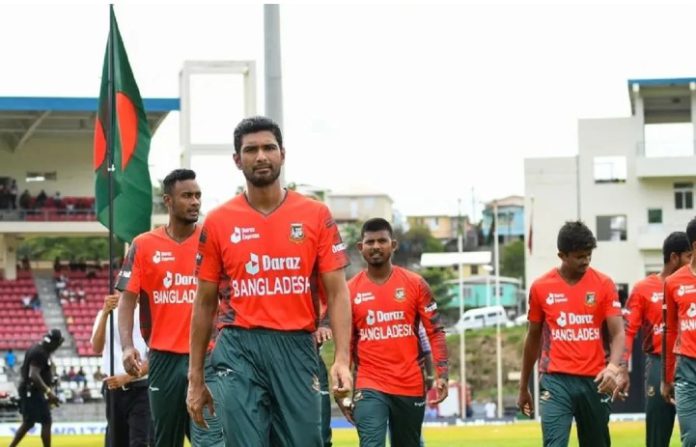 Bangladesh team were fined 20 per cent of their match fee for maintaining a slow over-rate against the West Indies in the second Twenty20 International in Dominica on Sunday.

The member of ICC Elite Panel of Match Referees, Richie Richardson has imposed the sanction after Bangladesh were ruled to be one over short of the target after time allowances were taken into consideration.

The second match of the three-match T20I series between West Indies and Bangladesh was played on July 3. During the match, Rovman Powell smashed a breath taking 28-ball 61 to help West Indies post a massive total in front of Bangladesh, which they failed to chase and lost the game by 35 runs.

What is the 20 percent match fee rule?

As per the rules of the ICC Code of Conduct, the players are fined 20 of their match fee for each over their team fails to bowl in the given time.

However, Bangladesh skipper Mahmudullah pleaded guilty to the offence and accepted the proposed sanction, so there was no need for a formal hearing.

While batting first West Indies posted a mammoth total of 193. With Brandon King (57) and Powell remained the star of West Indies innings. In reply, Bangladesh side were unable to chase the target and lost the game by 35 runs.

The only batter did fight for his team was the ex-skipper Shakib Al Hasan. He played a knock of 68 of 52 balls but due to a lack of support from other team members, the visitors fell 35 runs short of the target.

The first T20I between West Indies and Bangladesh was ended in no result due to rain on Saturday. West Indies after winning the second game took a lead in the series by 1-0. While the third and final T20 will take place at Providence Stadium in Guyana on July 07.

After the completion of T20 series, the visitors will play a 3-match ODI series against West Indies, beginning July 10.