Big Bash League 12: On December 27, 2022, at Sydney Showground Stadium, the Sydney Thunder and Brisbane Heat will play in game 17th of the Big Bash League 2022 season (Tuesday). This BBL 2022 match is the only game for tomorrow.

He may remain focused on finding the winning momentum required to maintain his position in the top contenders because Sydney Thunder is now on a 3-match losing streak with only 1 victory in their past 4 games. The Brisbane Heat, on the other hand, enter this game with more energy after winning their last game of the tournament, which was followed by a string of defeats.

Sydney Thunder is currently in last place with 2 points from 4 games and Brisbane Heat is in fifth place with 1 win from 3 games. So this will be an exciting match-up coming up tomorrow.

Let’s take a closer look at the THU vs HEA Dream 11 Predictions;

Sydney Thunder vs Brisbane Heat game will be televised on Sony Sports Network. The live broadcast of the league will be accessible through the Sonyliv app. You can also keep up with results and developments in real-time by visiting the Stumps and Bails website.

As the ball does not come to bat directly at Showground Stadium, the pitch is anticipated to support the bowlers a little bit more than the batters. Here at this kind of pitch batting the first team can score more runs, so it is obvious that the team winning the toss will opt to bat first and will try to set up a decent total to defend.

The weather is expected to be normal in the evening time of the 17th match of the BBL 2022-23 season. But there is a possibility of 10%rain in the afternoon time and the skies will be cloudy mostly.

The team administration has not provided an injury update for today’s game between THU vs HEA. All players are so qualified to participate in the game. 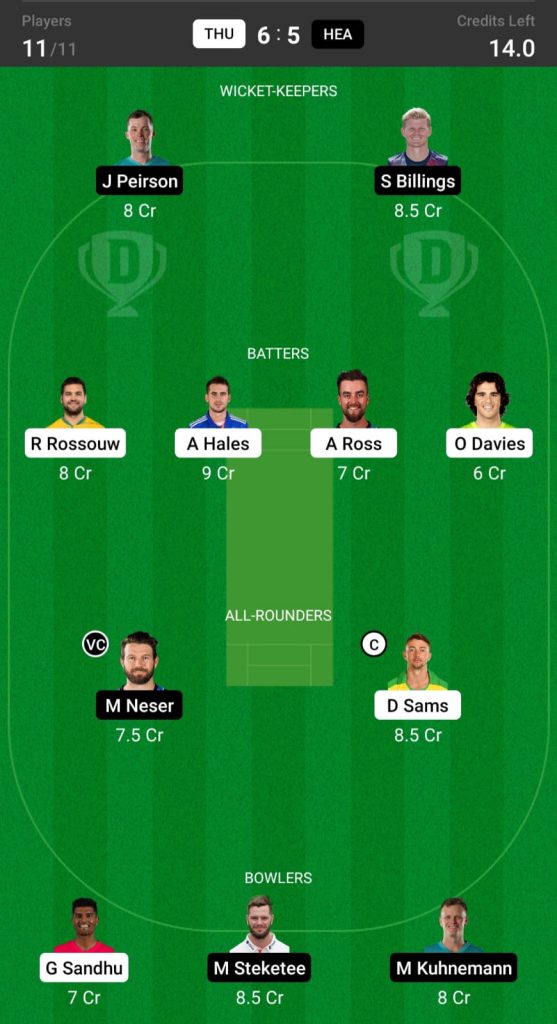