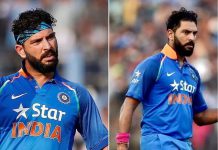 Top 10 Batters With Highest SR In A T20I Inning

Highest strike rates in a T20I inning: It is not the number of runs that matters in a T20I inning. The strike rate is often the deciding factor in a T20I. Batters who bat at a fast clip at times end up changing the fortunes of a team in an overall tournament. There have been […]

Review on India’s T20 World Cup Performance: The BCCI brass will discuss India’s disappointing showing in the T20 World Cup on January 1 with Captain Rohit Sharma and coach Rahul Dravid, according to various media reports. The meeting will be in Mumbai, before the limited-overs match against Sri Lanka, which will start on January 3. […] 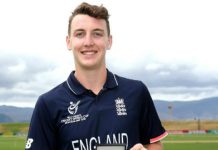 Players In 1.5 Crore Bracket: The recent developments in cricket have added a new twist to the IPL 2023 mini-auction. Players who might have missed out on a contract are now in with a real chance of landing one. The INR 1.5 crores bracket has an interesting mix of players. Teams will be tempted to […] 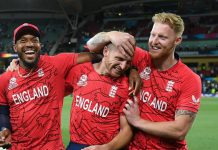 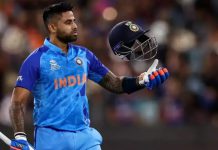 Sir Viv Richards was considered a batting pioneer. In the era of uncovered wickets, Richards was unafraid to take down the bowling. The likes of Sanath Jayasuriya and Sachin Tendulkar maximised the field restrictions. Virender Sehwag took over and scored at 6 per over in Tests. But it was at the turn of the decade […] 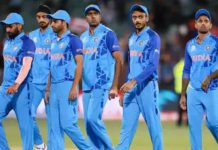 India’s recent failures to win an ICC tournament are well documented. They are yet to win any ICC silverware post their Champions Trophy win in 2013. India has made it to the semis of all ICC events bar one in 2021 but failed to win any. The team in general has been below par on […] 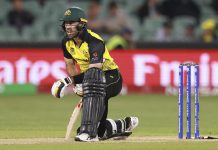 The horrific details of how Glenn Maxwell broke his leg in a “freak” accident at a birthday party have been made public. Maxwell believes it is highly unlikely that he will be ready for the India Test tour the following year. Though he hasn’t given up hope. How Glenn Maxwell Broke His Leg Maxwell broke […] 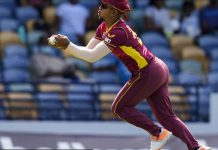 After the West Indies’ sad first-round exit from the 2022 T20 World Cup, Nicholas Pooran has resigned as the team’s white-ball captain, Cricket West Indies. In the T20I setup, Rovman Powell now serves as vice-captain; Shai Hope assumes that role in the 50-over format. Nicholas Pooran Captaincy Record Nicholas Pooran took over as captain of […] 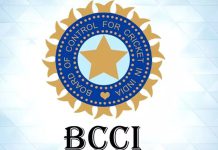 Change In Selectors – Changes Anything?

Selection committee BCCI India didn’t have a great year in terms of multi-national tournaments. They failed to even qualify for the finals of the Asia Cup. India made it to the semis of the T20 World Cup but was completely outplayed. It was not the loss that hurt Indian fans but the manner of the […]

The T20 World Cup is the most sought-after tournament in the T20 format. The world will be set on stage at the biggest ICC tournament from October 16 as the Top 16 cricket-playing nations will be after the most coveted trophy.

We have seen the ascent of the T20 game and it has been a journey to remember. Who would have thought that dot balls will be something to cheer for in the game of cricket? But amidst sixes and fours, when 10 are needed in 4 deliveries. A dot ball becomes a decider and that is what this game brings with it. At T20 World Cup we will again witness the most amazing cricket scenes back with the most amazing audience in the stands after the COVID-19 pandemic.

The eighth edition of the ICC Men’s T20 World Cup will take place in 2022. Australia will host the game from October 16 through November 13, 2022. The international cricket council (ICC) announced in July 2020 that the event has been postponed because of the COVID-19 epidemic from its original 2020 date. This year Australia will try to defend their title and again be champions of the ICC Men’s T20 World Cup 2022 at their own home ground.

The ICC confirmed the tournament’s schedule on Monday. The eighth ICC Women’s T20 World Cup will begin on February 10, 2023, in South Africa.

In Group 1 at Paarl, the competition begins with the host South Africa taking on Sri Lanka. The other two cities hosting matches are Cape Town and Gqeberha.

Australia, the reigning champion, has been placed in Group 1 and will begin its campaign on February 11 against New Zealand. On February 12, the event will also feature a match between Pakistan and India in Group 2.

The top two teams from each group advance to the semifinals, which will be held in Cape Town on February 23 and 24. The conclusion will occur on February 27.

The International Cricket Council (ICC) released the official pre-tournament schedule for all 16 countries competing in the ICC Men’s T20 World Cup Schedule. According to the T20 World Cup Schedule, the tournament officially begins on 16 October and ends on 13 November 2022. Brisbane and Melbourne will host the majority of the games. First-round teams will begin their pregame rituals in Melbourne, where games will be split between the Melbourne Cricket Ground and Junction Oval from October 10 to 13.

Teams entering the Super 12 stage will play all of their exhibition matches across two match days in Brisbane on October 17 and 19. These contests will be held at The Gabba and Allan Border Field.

The T20 World Cup 2022 will have teams participating from across the world. Even though the tournament has 12 major teams, there are 16 participants. The top

The twelve T20 World Cup Teams that advanced to the Super 12 stage in 2021 automatically qualified for the 2022 competition. Based on their results in the 2021 tournament and their rankings as of 15 November 2021, Afghanistan, Australia, Bangladesh, England, India, Pakistan, New Zealand, and South Africa all qualified straight for the Super 12 phase of this competition.

In the competition’s group stage, Namibia, Scotland, Sri Lanka, and the West Indies were all placed. The top two teams from each of the two Global Qualifiers took the remaining four spots.

Who doesn’t like to keep updated on the live scores when at work or in between chores? At Stumpsandbails, viewers can be updated on T20 World Cup Live Scores straight from the field, every second. We post the most accurate and timely updates of the matches with analyses.

There is much to cricket than just the matches. Cricketers are no lesser celebrities and we love to be updated about their life and daily happenings. Just like any update, News about cricket is also important and Stumpsandbails keeps you updated with the latest T20 World Cup News Updates. You can turn on notifications and find all the T20 World Cups News Updates on your mobile devices at any time.

The T20I Match Updates provided by Stumpsandbails will keep to informed about all happenings related to match and around at all times. We are fiery and quick and our opinions are unfiltered. You are most welcome to check out T20I Match Updates.