ST vs MR :Thunder dish out capital punishment to Renegades 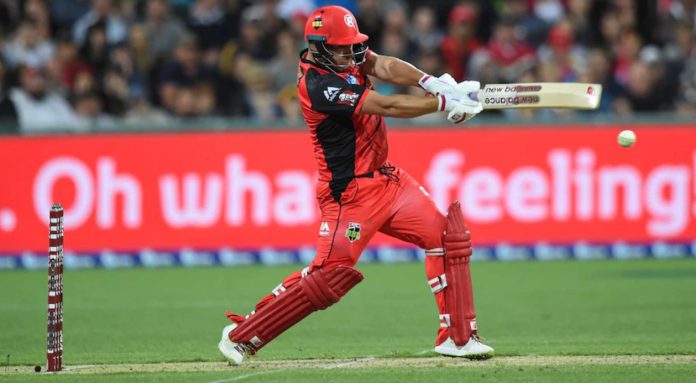 ST vs MR:Thunder put up a strong fight, the story starts with Sams in particular who was outstanding, However, Finch was adamant and eager to begin a fresh chapter tonight after witnessing numerous close games spiral out of control in recent years.

This victory for the Renegades will undoubtedly bolster their spirits. They haven’t been successful in chasing 170-plus since the 2020 season, and Docklands doesn’t typically see many high chases go off either. This makes the victory even more exceptional for the Renegades side.

The Renegades have therefore won their first two games of the season. Their squad roster has undergone numerous changes, thus they would have gone into the season anticipating a successful campaign. They have undoubtedly started off on the right foot.

Early on in the Innings

After winning the toss Sydney Thunder decided to bat first. Coming into bat Matthew Gilkes and Hales started off the batting for Thunders. But Gilkes left the pitch after facing 8 balls. Rossouw was the only top-order batsman who played really well. He even scored fifty but was dismissed by Tom Rogers after scoring 53 from 38 balls.

In the last match, Sydney Thunders was cleaned out of 15 runs by Adelaide Strikers, which was the lowest T20I score ever. This time around Ross and Oliver Davies made sure that they scored some runs at the end of the first innings as they propelled the Thunders to a total of 174/6 in 20 overs.

Akeal Hosein, Kane Richardson, Mujeeb, and Russell all four bowlers picked up one wicket each. Whereas, Tom Rogers picked up two wickets but he conceded the most runs (41) among all other Thunder bowlers.

Nic Maddinson started off well for the Renegades with 38 runs of 28 balls, at a point, it was feeling like Thunders were closing the game as Daniel Sams and Gurinder Sandhu picked up three and two wickets respectively.

Renegades were feeling the pressure but the experienced former Australia skipper Aaron Finch with his unbeaten 70-run knock made sure that Renegades win the match. Eventually, with master class knock Renegades chased off the total of 174 with one ball to spare and 4 wickets in hand.

Aaron Finch was given the man of the match award for his incredible performance with the bat. With his knock of 70* from 43 balls with seven fours and two sixes, he played a match-winning knock to boost Renegades to their second win of the campaign.

After the match in the post-match interview, he said “It was a bit stressful towards the end, tried to take it deep. Could have taken the power surge earlier probably. I was thinking of hitting one-six in the last over, got lucky there. Made sure we get over the line pretty stress-free in the end.”

He then said “Sometimes you can read what the bowler is going to bowl depending on the field. You should be in a good position to react. I love playing here, the wicket played really nicely. There is a lot of belief in the team. When you keep the experienced players with youngsters, you feel young as well. Like to spend time with the youngsters in the group.”

Stay up to date with all the latest Big Bash League news only on Stumps and Bails.