Zazai ruled out of T20 WC with abdomen injury,Stumpsandbails. 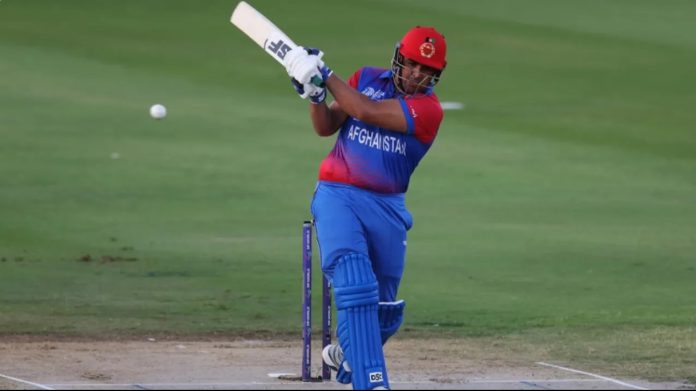 After struggling with some health issues, Afghanistan batter Hazratullah now has been officially ruled out of the tournament.

He will not play the remainder of the marquee event, after suffering from abdominal and Kidney problems.

Zazai last part of the side in a clash against England in both teams opening game, which Afghanistan lost by wickets.

He scored seven runs in that game and was dismissed Ben Stokes. But since that game, he has been struggling with his health.

Early to team’s rain called off game against the Kiwis, he sustained an injury during practice session and later ruled out of the game.

The veteran Gulabdin Naib has replaced the opening batter Zazai for the remainder of the tournament.

With Gulbadin too having some experience of opening the innings and it will be interesting to see if he partners with Gurbaz at the top of the order in Afghanistan’s remaining matches.

Naib, however, haven’t played in a T20I since last year. He was a part of team Afghanistan in last year’s T20 World Cup campaign. Naib has scored 564 runs with one half-century in 53 games so far. He also scalped 20 wickets at an economy rate of 8.17.

Afghanistan is currently standing fifth at the points table, having lost their first match while the other two games washed out due to rain. They have 2 points so far on table, and a 2 consecutive wins from here on will help them earn maximum 6 points.

Their chances to qualify for the semis is seemingly looking dull, as they yet to face the strongest team in their group, New Zealand.

The Afghans side will next play against Sri Lanka on November 1 at the Gabba in Brisbane.

They are yet to claim a victory in Australia from their Group. However, they hold the potential to beat the strong teams, having proved their mettle before. A win over Sri Lanka in the Asia Cup opener is still not over of the head of cricket lovers and one of the reasons of their motivation.

After beating Sri Lanka and Bangladesh in the Group stage of the Asia Cup 2022, the Afghans became the first team to qualify for the Super 4 round, and now they will to recreate the magic by winning their final two games in the T20 World Cup.

Let’s look at the updated Afghanistan squad for the remainder of T20 World Cup 2022.