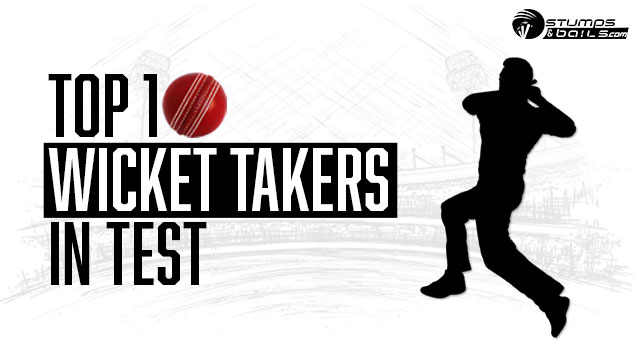 Bowlers have a great role to play in the game of cricket. It is said that cricket is a game of batters, however, the statistics place a different perception before the audience. Some of the international bowlers have given a new lease of life to the game, inventing new action techniques like speed, time, displacement and distance. The science behind the bowling is a measurement tool in order to understand the functions of a ball, and thanks to the bowling fraternity for being innovative and adding more competition and action to the game.

This article introduces the top 10 bowlers in the cricket history who made their mark with talent and skill.

Kapil Dev is known as the greatest all-rounder in the history of cricket. He appeared in 131 test matches for the national team and all led the team from front in historic 1983 World Cup win. He has 434 scalps under his name with the best of 9/83 in an innings.

With the only South African bowler in the elite list of bowlers, Steyn has 439 wickets in his name in 93 matches. He had a long career of 15 years before retiring in 2019. His journey has been full of injuries. Yet, He was the only bowler of his time to have 5 wicket haul against every team.

Indian spinner Ravichandran Ashwin is often considered as the best finger spinner in world in recent times. Recently in a series against Sri Lanka, he surpassed Kapil Dev and Dale Steyn to get hold on to 8th position in highest wicket takers list in tests. Currently, he added 442 wickets in total 85 test matches.

Courtney Walsh is the only Caribbean on the list of highest wicket takers in the world. He is one of the best fast bowler the cricket fraternity has ever witnessed. Of the total 132 matches, he claimed 519 wickets to his scorecard. He was the first bowler to take 500 wickets in the history of test cricket.

The English quick is 2nd highest wicket taker for his team. He has played 143 matches and taken 537 wickets so far. He played an important role for England since his debut and showed some magnificent performances that includes his best figures of 8/15 against Australia in Ashes.

The Australian legend is the highest wicket taker among the pool of pace bowlers of Cricket Australia. McGrath was known for his line and length during his time. He has bagged 563 wickets in 124 matches he played for his nation. Also, he has the best average of 21.6 among the top 10 highest wicket takers in the world.

Kumble is the highest wicket taker for India in the history of Test cricket. He has 619 wickets in 132 test matches and achieved 35 five-wicket hauls in tests. Kumble holds the record of best bowling figures of 10/74 in an innings in tests. He played for his nation for 18 years before taking retirement in 2008.

Known as ‘Swing king’, James Anderson is the highest wicket taker for England as well as among all the fast bowlers in history of test cricket. Anderson made his debut in 2003 and still representing his nation from the front in bowling at the age of 38. He took 640 wickets in 169 matches. He is the only pace bowler to have taken more than 600 test wickets.

Warne is often considered as the best leg spinner world has ever seen. He has troubled all the batters around the world. Warne made his debut against India in 1992 and bagged 708 wickets in 145 test matches before retiring in 2007. He has 37 five-wicket hauls in his name. A delivery bowled by Aussie legend to English batter Mike Gatting on June 4, 1993 is also known as bowl of the Century.

Muttiah Muralitharan is an all- time legend of test cricket who changed the game’s aspects for the bowlers completely. During his time, he had a unique bowling action among all the spinners in the world. He is the highest wicket taker in the history of test cricket. He took 800 wickets in 133 matches with 67 five- wicket hauls. He troubled all the batsmen around the world. He had a long career of 18 years before retiring in 2010.