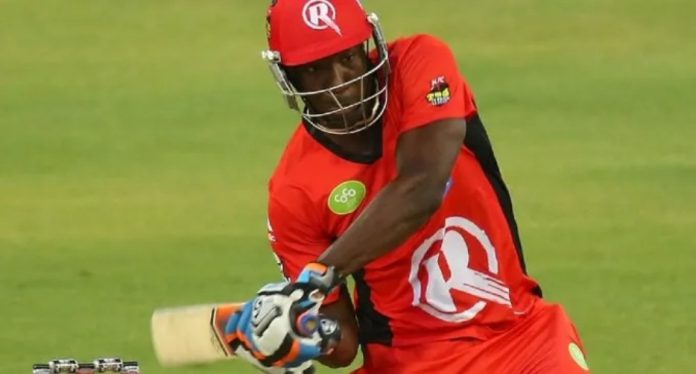 WI all rounder Dre Russ:Melbourne Renegades has confirmed that they have signed Andre Russell as cover for Liam Livingstone for the first four matches of the BBL 2022-23 season.

Livingstone, who was the No.1 pick in the BBL Draft, will do the national duty first as he selected for the England’s Test squad for Pakistan tour in December.

The franchise, however, signed another star all-rounder Andre Russell in his place on a short-term basis.

What Russell said about his inclusion in Melbourne side?

Speaking to the Renegades’ official website, Russell shared his opinion on his inclusion and said that he was excited to be back for the Melbourne Renegades.

“I can’t wait to be part of the Big Bash League again this summer,” Russell said.

“I’m excited to be back in red. And will be doing everything I can to help the Melbourne Renegades start the tournament with a bang.”

What General Manager of Melbourne Renegades said about Russell’s inclusion?

The general manager of Melbourne Renegades also shared his views on this big inclusion and said that Andre is one of the best T20 players in the world, and he is the player we need.

“We are thrilled to have Andre Russell returning to the Renegades this summer,” Rosengarten said.

“Andre is one of the best T20 players in the world. He’s a proven match-winner and exactly the type of player we need. He adds to our team in all three facets of the game. His ability to clear the boundary, take wickets, and make things happen in the field.

“We had positive discussions with Andre throughout the draft process. And were always keen to try to get him back in red. With Liam’s availability changing after the draft. There was an opportunity to add Andre to our group, and we jumped at it.”

The Renegades has won managed to win 1 title in 11 seasons of BBL so far. And with a strong team on board this season, they will look to make the most out of this opportunity.

Russell is one of the most experienced T20 players in the world with 428 matches. His presence in the side will definitely help the team to make positive impact in the tournament.

The 12th edition of the Big Bash League will start on December 6 and it will lasts to February 3. Sydney Thunder and Melbourne Stars will meet in this season’s opening game. While Melbourne Renegades will start their campaign on December 15 against Brisbane Heat.

The other three games in which Russell will be part of the side will take place on December 18,21 and 24.