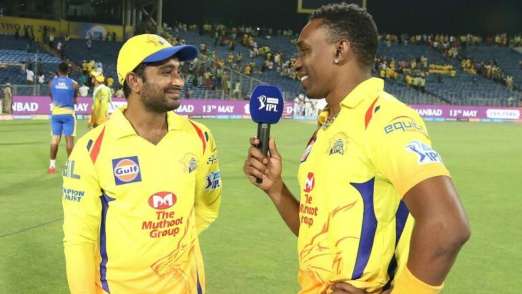 The hard-luck of Chennai Super Kings in 2020 IPL:

After the 1st victory of Chennai Super Kings against the defending champions, Mumbai Indians, the luck of Chennai Super Kings have taken a slide in the 2020 IPL. Against the team of Rajasthan Royals, CSK was blown away by the outstanding performance by Sanju Samson, Jofra Archer, and Steve Smith while they were totally failed in all departments against Delhi Capitals.

In the collapse of the batting of CSK, the absence of one crucial player has played a very important role and that is Ambati Rayudu. In the opening match against Mumbai Indians, Ambati Rayudu had performed excellently but because of a hamstring injury, he forced to miss the next two matches.

The other player, who is missing is Dwayne Bravo. The West Indies all-rounder has been nursing a knee injury since the last match of CPL 2020 and has not played any game. Although he was replaced by Sam Curran, the team is feeling that void of the three-time champions.

In this situation, the CEO of CSK, Kasi Vishwanathan has given an update about Bravo and Rayudu. As per Vishwanathan, Rayudu is quite well and he could join in the next match against Sunrisers Hyderabad, which is scheduled to be held on 2nd October but there was no positive update about Bravo.

Vishwanathan said “Now, Rayudu has recovered from his hamstring injury and in the next game, he will play. During training, he was running and sprinting and at the nets, he batted very comfortably also. Dwayne Bravo bowled quite well in the nets”.

CSK in the last position

After three matches, Chennai Super Kings is placed at the bottom of the IPL 2020 points table and this is really disheartening, a rare sight for CSK fans. In this season, the batting line-up of MS Dhoni is also struggling and the inclusion of Rayudu could encourage their batting in the middle –order.