Ind vs Eng: Richards Confused The Moaning And Groaning About Pitches 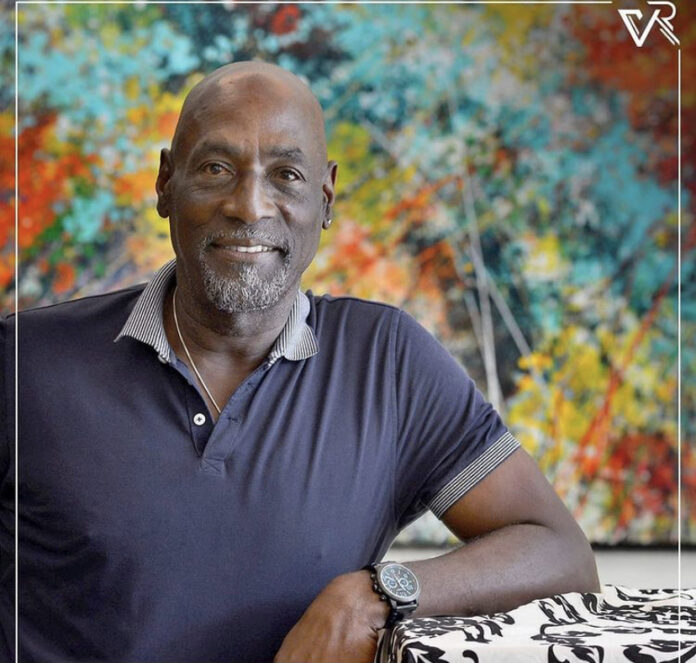 India Dominated England with a ten-wicket win in the third Test at the Narendra Modi Stadium. Axar Patel and R Ashwin ruled the pitch in ind vs eng their favour by some brilliant bowling strategies and end up picking 18 wickets in total out of 20.

Indian batsmen Rohit Sharma explained that he didn’t think the pitch had any demons. Indeed, even captain Virat Kohli was vocal about the frightful batting show from the two squads. Spinner R Ashwin also echoed the sentiments.

While most of the English cricket experts and former experts have vehemently criticised the Indian pitches, especially the newly-refurbished Motera ground, which couldn’t host a Test match for more than two days, experts from the rest of the world have mostly felt that wickets in India are no surprise.

Among the debate over the third Test pitch, West Indies great Vivian Richards knocked England for complaining about the spinning wicket and also added that he wants to see the same track in the ind vs eng final Test of the series.

Windies legend Richards came up with his version on the Motera pitch debate and slammed England for moaning and groaning.

Richards said in a video posted on his Facebook page, “I’ve been asked questions recently about the Test match that was played in India… the second and third Test match against England. And I am a little confused about the question really because there seems to be a lot of moaning and groaning about the wicket that they were playing on. I just felt that the ones who are moaning, in my opinion, should realise that there are times that you’re going to get a seaming track, a ball that is basically jumping off a good length and everyone thinks that’s a problem for batters. There are times batters sometimes cope with that.”

He further opined, “But now you’ve seen the other side, and this is why I think it was given the name Test match cricket, because of the test of the mind and will and everything else that goes with it when you’re competing. And the complaints have been that the wicket is spinning too much and all that sorts of stuff. This is another side of the coin guys. People seem to forget that if you’re going to India, you should expect that. You are going to spin land. You should basically prepare yourself to know what you’re going to encounter.

Sir Vivian Richards feel that India is a spin land and everybody have to be prepared before entering their soil. He feels that teams should make a strategy on how they’ll encounter the spin. Likewise, England have their comfort zone in seam bowling.

“I just believe all the moaning and groaning has got to stop and just not see the classical side of things in terms of the Indian armoury. And from where I’m sitting, it’s good to see,” he added.