In the 12th match of the International League, the two table toppers Desert Viper and Gulf Giants will square off at Dubai International Cricket Stadium on 22nd January at 3:30 PM.

As Desert Vipers have the upper hand in the league and are in good form as in their last match they defeated the Riders by 111 runs. They are ahead of the Gulf Giants at the points table with a slight Net Run Rate.

Where as the Gulf Giants also clinched a big win over the Dubai Capitals With 101 runs in their last match. As Both the teams have the Capabilities to take the game to the next level. Also, the fixture is getting more interesting in the coming matches of the ILT20.

Weather in Dubai, AE is clean. The temperature is expected to around 22°C on the match day with 43% humidity and 6.6 km/h wind speed. And the Visiblity is 10 KM. There are no chances of precipitation during the game.

Gulf Giants looks in good form in recent matches, They are the favorites to win the match

There are no injury updates as of now.

There are no injury updates as of now.

The match will be live telecast on &Pictures

Where can I see VIP vs GUL Live Score?

You can watch VIP vs GUL match highlights on Hotstar and also watch after match here. 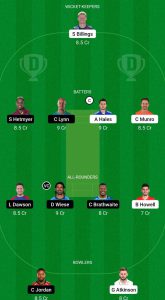 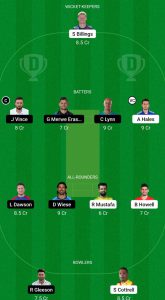 Indian Bowlers With The Most Test Wickets