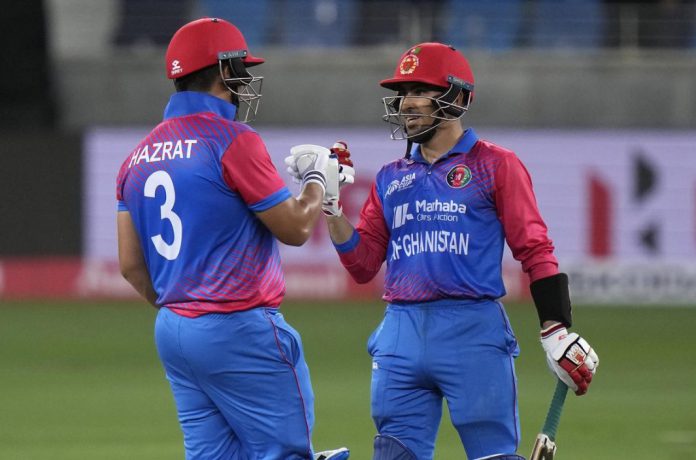 Afghanistan is set to play home series against Australia, Pakistan, and West Indies ahead of the next 50-over World Cup

Afghanistan, which recently played its “home” matches in India because of security concerns, hasn’t welcomed visiting teams in previous years. Since the Taliban seized control of the nation in August 2021, this impression has only grown.

Over the next five years, Afghanistan’s “home” matches will be played in the United Arab Emirates (UAE). The Afghanistan Cricket Board (ACB) said on Sunday afternoon.

Upcoming Series for Afghanistan at Home

Afghanistan’s political situation prevents them from staging international matches on home soil. So they have been training and playing in the UAE already. But this partnership firms up that arrangement.

They have previously held similar deals in Pakistan and India. Afghanistan is set to play home series against Australia, Pakistan and West Indies ahead of the next 50-over World Cup.

ECB general secretary Mubashir Usmani said in a statement that “we are happy to support the ACB in ensuring that they have a home for their cricket. We are also thankful to the Afghanistan Cricket Board for agreeing to play a series of T20I matches against the UAE team each year. This will provide our UAE team with invaluable exposure and help in their development.”

In response, the Afghanistan Cricket Board (ACB) chief executive Naseeb Khan didn’t have much to say but he stated that it was a “fruitful agreement”

In order to host its domestic matches in Greater Noida, on the outskirts of Delhi. The Afghanistan Cricket Board had already signed a comparable arrangement with the BCCI in 2015. International teams no longer go to the war-torn country because of the political climate there. And even Afghan players avoid staying home for extended periods of time.

The United Arab Emirates Cricket Board on Sunday afternoon on their Twitter handle tweeted this announcement by saying Very excited to share #UAECricket & @ACBofficials have formalized a five-year agreement which will welcome #AfghanistanCricket to UAE’s world-class venues (for home fixtures) plus annual #UAEvAFG T20I matches.