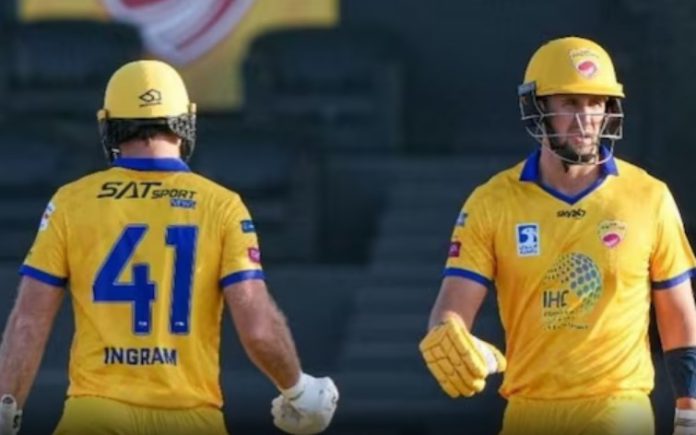 Team Abu Dhabi and Delhi Bulls are set to lock horns in the seventh match of the Abu Dhabi T10 League at the Sheikh Zayed Stadium on November 25. Let us look at TAD Vs DB Dream 11 Prediction in detail.

Delhi Bulls is riding high on confidence after winning their first game by 4 runs over Northern Warriors on Thursday.

While Team Abu Dhabi, who lost first match by 35 runs are sitting on the last spot at the points table.

TAD Vs DB: Where to watch

The live streaming of the league will be available to watch on Voot and Jio Tv app.

Abu Dhabi’s field has recently improved to become one of the best fields for batting, and if it stays that way, it will put both bowling attacks to the test.

The weather will be good for a free conduct of the game because it will be clear the entire time, according to the prediction.

The no.8 ranked player in the world, Rossouw is in good form and will play his destructive best in the game.

Fabian Allen is a star all-rounder, having proved his mettle many times in a multi-team competition as he plays an important role in providing advantage to his team over opponent

One of the most unplayable bowlers in the world, Adil Rashid, will try to continue his magic in the T10 league and is sure to capture a significant number of wickets.

Rilee Rossouw demonstrated his class in the most recent T20 World Cup, where he smashed an outstanding century, He is without a doubt the best option for your dream 11 team’s captain.

The destructive batter, who is in good form can provide you a plenty of points with his smashing batting, justified to be the vice-captain of your dream 11 team. 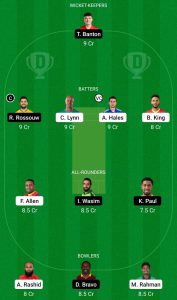 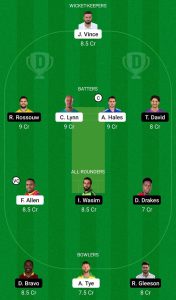