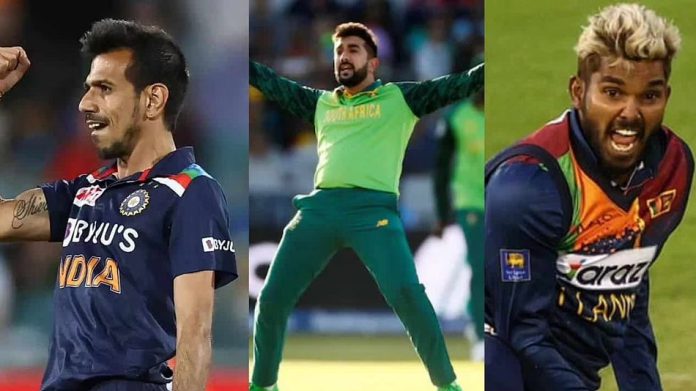 The upcoming edition of the T20 World Cup 2022 is all set to be played in Australia. It’s a venue that traditionally has been difficult for spinners. The spinners find it difficult especially when it comes to white-ball cricket.

Post the retirement of Shane Warne, Australia had to wait for an eternity to find a quality spinner. It took a certain Adam Zampa to revive the art in these tough conditions. Spinners, though, have always found a way to survive. It will be interesting to see how the spinners counter the flat Australian pitches.

We look at 5 spinners who could be the X-factor for their sides:

He was the crucial cog in Pakistan’s bowling lineup in the Asia Cup. Mohammad Nawaz played a starring role in Pakistan’s win over India in the Super 4 game. His strength is to bowl wicket-to-wicket. Nawaz isn’t afraid to bowl at negative matchups too. He has the ability to choke the batsmen. Nawaz will prove to be handy in the T20 World Cup.

He is one of the most underrated spinners in the world currently. Adam Zampa is deceptively brilliant in T20Is. He was a force to reckon with in T20 World Cup 2021. Zampa was in the running to win the player of the tournament award too. He had scalped 13 wickets in 7 games. His economy rate of 5.81 was insane. Australia will be looking at Zampa to deliver in home conditions.

There is no spinner more respected in limited-overs cricket than Rashid Khan in world cricket at this moment. Despite his team not matching up to his high standards, Khan keeps trying valiantly. He has experience playing in the BBL. Khan will look to leverage the knowledge gained here in these conditions. He will look to stamp his authority this World Cup.

He was the winner of the purple cap in IPL 2022. Yuzvendra Chahal up until the Asia cup was on top of his game. The snub in the last T20 World Cup really egged him on to scale a level higher. He has had a fair amount of success in Australia. For India to qualify for the knockouts, it will be imperative for Chahal to have a great World Cup. He would be eager to deliver in a mega event like the T20 World Cup.

He won the player of the tournament award in the recently concluded Asia Cup. Wanindu Hasaranga has been a match-winner for every side he has represented so far. He almost won the IPL for RCB with his bowling exploits. Hasaranga has managed to stay ahead of the batsmen despite playing all across the globe. He will be the spinner who will be keenly followed this T20 World Cup.