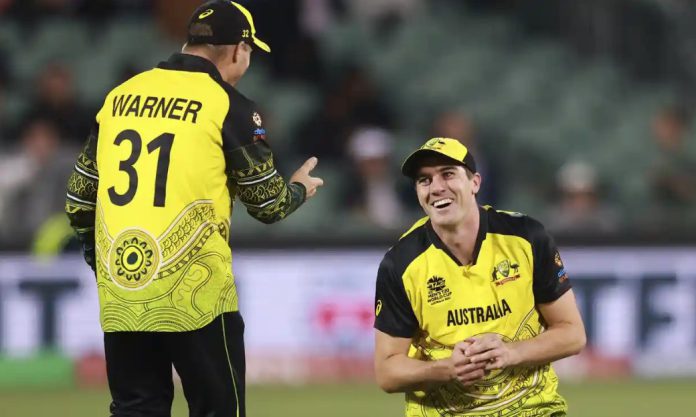 Cricket pundits around the world were in shock by what they witnessed in the T20 World Cup. There were so many upsets that we came to the conclusion of not predicting and go with the flow.

According to the Stumps and Bails prediction, we had thought that Australia will be the best team with England as their runners-up in Group 1. In Group 2, we predicted India and Pakistan to qualify for the Semis. We also predicted that Australia will be the winner of the tournament. But that was such a lie and we don’t want to say, we are disappointed, WITH THE TEAM!

In the first match of group 1, we saw Australia taking on Newzealand and that was a huge disaster for the hosts. They were completely destroyed by the neighbors and that must have shattered their confidence for the tournament ahead. And we saw glimpses of it. The tough Aussies, who are known for their never die attitude looked feeble and in their coming matches against Ireland and Afghanistan, they just didn’t have the spark to win them by a big margin which was necessary. Their most important match against England was washed off and as a result, we saw the end of the journey of the defending Champions. PREDICTION- FAILED

The English team too had a journey of its own. They lost to Ireland and that was such a turnaround. The team of the most impactful players in the T20 game lost to one of the most inexperienced teams in the tournament. Then they had a washout against Australia. Which was a crucial game for both teams but it had a more adverse effect on Australia. They only had to win the rest of the matches which they did pretty fairly. One of the most crucial game came against New Zealand and with that win, we knew England were a more deserving team than Australia to reach the semis and they did. PREDICTION- PASSED

Newzealand is the first team from the Group 1 to go into the Semis. They are also the most deserving team. They have lost only one match in the World Cup and that too against deserving England. In their first game, they thrashed Australia and that is what set the tone for the tournament for them. They won against Ireland to confirm their place in the semis. If we consider the team, they deserve to go to the finals and probably win their first ICC trophy.

Srilanka was supposed to be the black horse of the tournament but this role was shared by Ireland in the group. They were supposed to do good and beat the teams ranking above them but they failed to do that. Rather, Ireland was the team that brought the turnaround and made things exciting for the group and we are happy about it. Srilanka won matches against Ireland and Afghanistan and we expected better from them. For a shocker, Ireland won only one match but they did it against England and that is such a good position to be in.

At last, Afghanistan was the team with the most losses and the worst luck. Their 2 matches were washed out and the rest they lost. They ended their journey at the bottom of the pile and we think with the recent past performances, they deserved better.

That’s all from Group 1. We just think that Australia brought disappointment to themselves and the cricket fraternity around the world. With such a balanced team, they totally looked like the squad that deserved to achieve it all but their performance on the ground said the contrary. They did not play like the team and lost their most important matches. We congratulate Newzealand and England for qualifying in the Semis.

With England contesting against India, and Newzealand competing against Pakistan, we can expect everything from the semis. We cannot predict anything at this point but we will say indirectly that a new winner to T20 World Cup is a possibility.

Most Controversial Umpiring Decisions in the World of Cricket