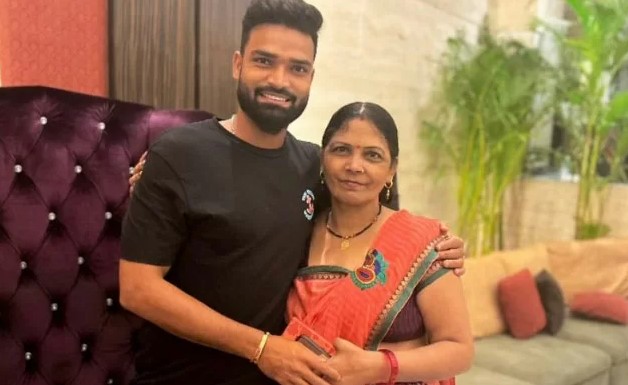 With a busy cricketing schedule these days, many players have to spend long stints away from family. Among them, there is a star Mumbai Indians all-rounder Kumar Kartikeya Singh, who met his family shared a picture with his father and Mother and wrote moving captions.

His pictures had gained over 17,000 plus likes and 900 retweets combined.

The spinner was also a part of Madhya Pradesh’s 2022 Ranji Trophy-winning team.

He took 32 wickets in 11 in the Ranji Trophy this season, finishing as the second-highest wicket-taker in the edition.

Kartikeya shared an image on Twitter and wrote “Met my family and Mumma after 9 years, 3 months. Unable to express my feeling.”

He shared one more image, this time with his after and captioned it, “My father the best shelter for me in the whole world.”

Kartikeya’s IPL franchise Mumbai Indians also shared the same picture, captioning the post as: “This is what we call as a perfect home coming.”

Notably, some time ago, Kartikeya expressed his thoughts on returning home that he would return home only after achieving things in his life.

“I haven’t been home for 9 years. I’d decided to return home only when I achieve something in life. My mom and dad called me frequently, but I was committed. Now, finally, I’ll return home after the IPL. My coach Sanjay sir had suggested my name for Madhya Pradesh. In the first year, my name came up in the Under-23 team as a standby player, and I felt a huge sense of relief to see my name on the list,” Kartikeya had said to Dainik Jagran.

Kartikeya made his IPL debut on April 30 in a match against Chennai Super Kings. While, overall in his .IPL outing this year, the spinner has featured in 4 games and took 5 wickets with an economy of 7.85.