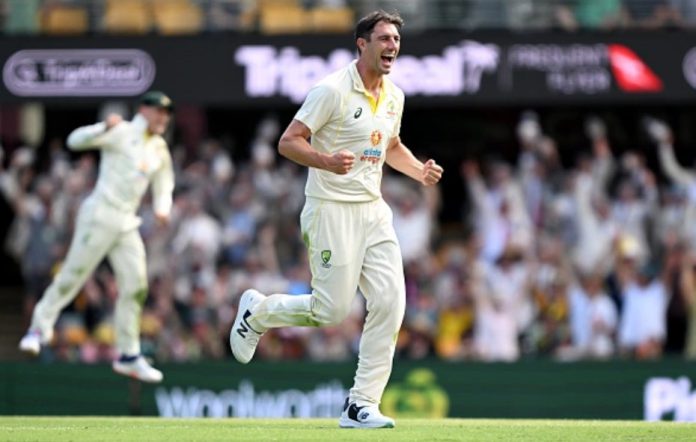 The historic Boxing Day Test between Australia and South Africa will take place on Monday. In less than two days, the first Test was finished. Due to the thick grass that covered it, the surface was always in the bowlers’ favor. In the end, the Proteas were defeated by six wickets. In the second Test, Australia will try to win the series against South Africa.

The historic Melbourne Cricket Ground in Melbourne, Australia, will host the second Test match between Australia and South Africa beginning on December 26, 2022, which will be the Boxing Day Test match.

The second Test between Australia and South Africa will include players like Marnus Labuschagne, Steve Smith, Mitchell Starc, Kagiso Rabada, and Dean Elgar once more in action.

During the Australia vs. South Africa first Test match in Brisbane, the leading fast bowler from South Africa, Kagiso Rabada, performed incredibly effectively. In the Test match, he ended up capturing up to 8 wickets, including four-wicket hauls in each of the innings.

Rabada has now taken 265 wickets overall from as many as 56 Test matches, averaging a remarkable 22.12. The Proteas speedster with the right arm has taken 12 five-wicket hauls and 14 four-wicket hauls in total.

In the opening innings of the first test match against Australia and South Africa, Travis Head batted superbly under challenging circumstances. The left-spectacular hander’s 92-run innings. Which featured 13 fours and 1 six. This was crucial to the outcome of the Test match.

Head also smashed a 99-run innings in the first Test of the series and a fantastic century against the West Indies in the second Test match. He has amassed 2005 runs at a respectable average of 44.56 in his brief Test career to date. Which includes 10 fifties and 5 hundred.

He failed to turn his strong start in the first Test match against South Africa into a significant score, scoring just 36 runs in the first innings. In the first Test of the recently finished home series against the West Indies, Smith scored an amazing double hundred.

The right-handed Australian batsman has accumulated more than 8400 runs from 90 Test matches in his whole career. His average is over 60 and including 36 fifties and 29 centuries. He has recently experienced some mixed results in international cricket, so this makes him a good choice.

Pat Cummins finished the first Test with seven wickets after taking five wickets in the second innings. In the historic Test victory, he commanded the squad from the front. The Australian Skipper is keen to make an impact yet again in the second test match and help his team to seal the series 2-0.

The opening innings saw three wickets from Nathan Lyon, who did a great job supporting his captain. He is the guy to keep an eye on here since he will be eager to play a significant part with the ball once more. He is one of the best spinners in the modern world. Moreover he a kind of player; if he is at his best he will surely make a statement by changing the game in his team’s favour.

Warner is all set to play the 100th Test match of his career and he is looking to make an impact in his 100th Innings. They will start their inning with Australian left-handed hitter David Warner. In his 98 Test matches so far, he has scored 7919 runs. He’ll be looking to have a big impact with the bat in this game.