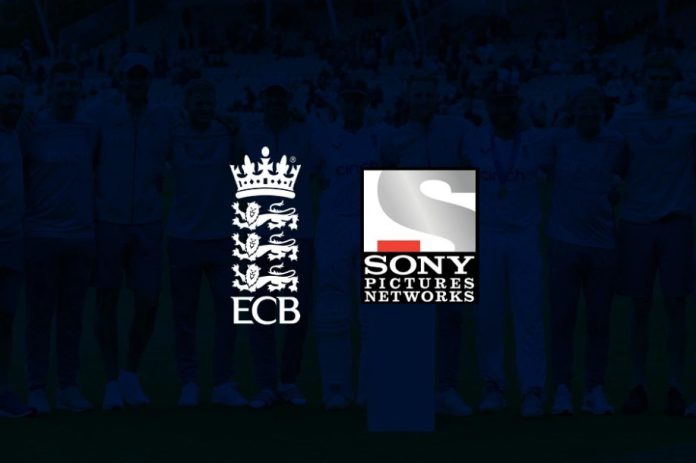 According to reports, Sony Sports has renewed its six-year broadcast agreement with the England & Wales Cricket Board (ECB) for the subcontinent market. The Hundred, an ECB franchise competition, will also be included in the Sony agreement.

Star Sports struck a blow by securing Cricket Australia’s broadcast rights for a staggering 7 years, and Sony was taken off guard. Sony’s largest wager in the market for sports broadcasting will be English cricket because the IPL and FIFA World Cup are not among their offerings.

Sony lost the Ashes and Border-Gavaskar Trophy as a result of the Star Sports agreement with Cricket Australia. In addition to IPL 2023 and ICC tournaments like the T20 World Cup and 50-over World Cup, Star already owns the rights for the home matches of the Indian cricket team.

“There was significant interest in our rights and we are very grateful to our current rights holder Sony for their partnership which will continue throughout this season,” said the CA Spokesperson

CA CEO Nick Hockley said: “We are delighted to announce this new association with Disney Star from season 2023-24 onwards. Disney Star is synonymous with the game in India and we look forward to working with them to showcase the outstanding cricket played in Australia every summer.”

In the IPL media rights auction, Sony was outbid by Star and Viacom18 and was unable to secure either package. They now only have broadcast rights for England among the top teams due to the loss of Australia’s cricket rights. Sony is anticipated to compete for the ICC media rights, but will once again go up against Star and Viacom, as well as global players like Amazon and Facebook.

Football has also suffered as a result of the loss of the FIFA World Cup rights for the competition in Qatar. The event will be broadcast in India by Viacom18, which also owns the digital rights to it. Additionally, LaLiga and Serie A rights were acquired by Viacom. Only the UEFA retains ownership of Sony Sports’ name now.

Some of Sony Sports’ wounds will be healed by the ECB rights. IPL, India’s home games, and the T20 World Cup are already in Star’s back pocket. The IPL media rights were recently acquired by the TV behemoths for the following five years. The digital rights were purchased by Viacom.

The Big Bash League, Ashes, and Border-Gavaskar Trophy have been added to Star’s already excellent lineup. Additionally, Star is expected to compete for the ICC rights for the upcoming cycle with Sony. It will be interesting to learn where Sony lands itself in the race.