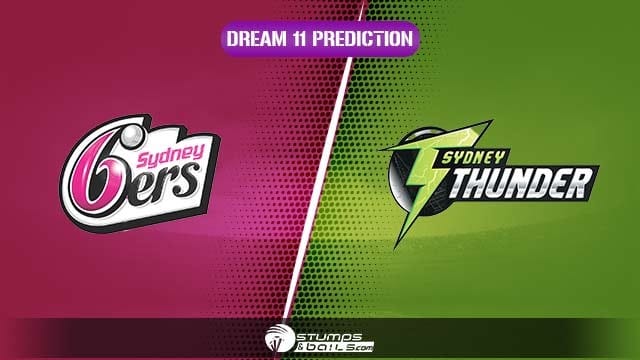 Sydney Sixers (SIX) will clash against Sydney Thunder (THU) in the 50th Match of the Big Big League 2022-23 at the Sydney Cricket Ground on Saturday, January 21. Moises Henriques & co. are running high on confidence, having won their last four games, and would like to carry on the winning momentum by claiming the bragging rights in the cross-town rivalry.

Sydney Thunder, on the other hand, are coming into the encounter, having defeated Melbourne Renegades by eight wickets. They currently stand fourth in the table with six wins in 12 games and a victory against Sixers would give their chances to finish third in the table a boost. One can expect Sydney Thunder to come hard at the three-time BBL champions.

Dream11 Teams for SIX vs THU