Shakib al Hasan's Comments after the 2-0 defeat against India. 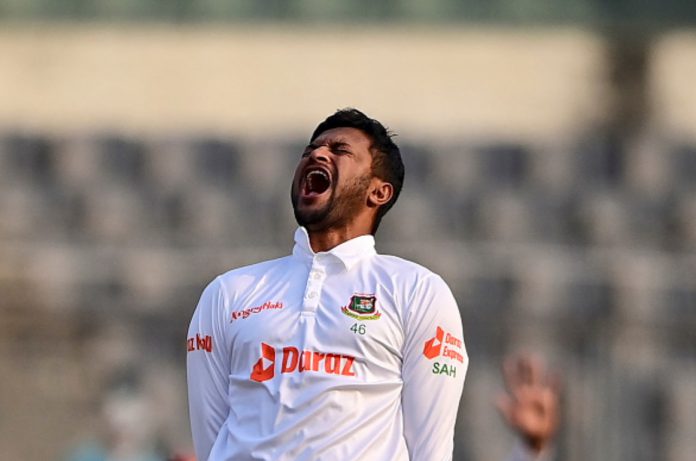 “We could have bowled them out for 250 instead of 314,” Shakib stated about his team’s mistakes and how they affected the results

At the Sher-e-Bangla National Cricket Stadium today, Bangladesh skipper Shakib Al Hasan expressed his disappointment at the team’s numerous missed opportunities in the second and final Test against India.

They ultimately lost by three wickets after coming so close to winning. The Tigers lost the opening Test in Chattogram by a score of 188 runs as well, which resulted in a sweep of the two-match Test series.

At least in the lengthier version format, dropping catches is nothing new for Bangladesh, and the Mirpur Test was no exception. When it mattered most, when India was down to 80-7, Bangladesh dropped at least three catches and an easy stumping.

Also, Mominul Haque dropped a legal catch of Ravichandran Ashwin at short-leg. In addition to Shreyas Iyer’s heroics in pulling the team back from the brink of disaster, Ashwin, who was on 1, went on to score 42 runs without being bowled.

At the Sher-e-Bangla National Stadium on Sunday, Shakib spoke with reporters, saying “It is slightly disappointing (missing catches). Other teams don’t miss the chances that we are missing. They made the difference. We could have bowled them out for 250 instead of 314 (in the first innings). There was a chance in the second innings, but it is part of cricket.”

“We fielded well in the T20 World Cup. We fielded well in the ODI series, but we couldn’t do it in the Test match. Maybe due to a lack of concentration or fitness. We have to find out how to better concentrate for longer, and avoid making mistakes. Other teams don’t give so many opportunities. We miss regulation stuff. Our bowlers have to create 13-14 chances to take 10 wickets. Other teams have to create nine chances to take 10 wickets.”

Talking about the Importance of First Class cricket Shakib stated;

He then compared with Indian domestic players by saying “I am sure most of the Indian players have more than 100 first-class matches under their belt. I don’t play domestic cricket for a long time, but even those who are playing, how many do they play? They will need 10 years to reach 80 first-class matches. If we could have done that in five years, we may have better Test players.”

What’s Next for Shakib and co?

Against Ireland, Afghanistan, and New Zealand, Bangladesh will play five Test matches in 2023, all of them will be at home. While Shakib does not frequently play first-class cricket, he added that more first-class games must be added if Bangladesh wants to develop in Tests.