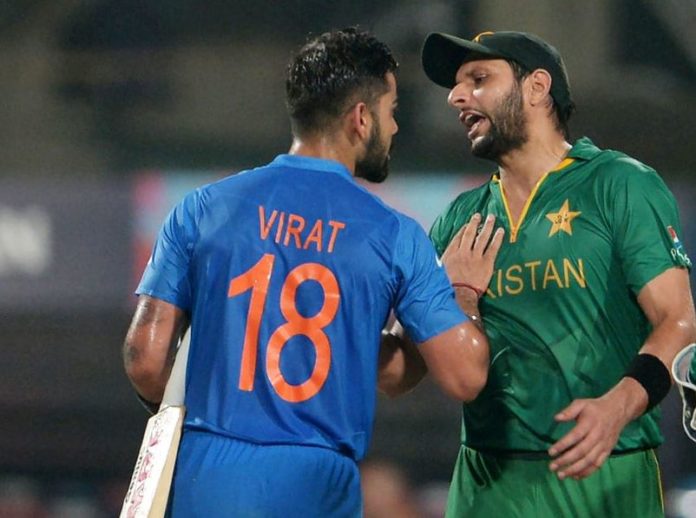 During the second T20I of ongoing South Africa’s tour of India in Mohali, India captain Virat Kohli scored his 22nd T20I half-century to lead India to yet another successful run-chase. Coming in to bat at No. 3 in the fourth over, Kohli oozed confidence from the word goes to seal a 150-run chase in the penultimate over.

Speaking during the post-match presentation ceremony at the IS Bindra Punjab Cricket Association Stadium, Kohli revealed the reason behind his consistency across formats at the highest level.

Former Pakistan captain Shahid Afridi was among the many former and present cricketers who were wax lyrical about Kohli after watching his flawless knock. Afridi took to his Twitter account to retweet ICC’s (International Cricket Council) tweet with his own inputs on the Indian skipper.

It is worth mentioning that Kohli also equaled one of Afridi’s T20I record yesterday. Having received his 11th Man of the Match, Kohli now has the same number of such awards in T20Is as Afridi. Veteran Afghanistan all-rounder Mohammad Nabi (12) is the only cricketer who betters Kohli and Afridi.

“You [Virat Kohli] are a great player indeed, wish you continued success, keep entertaining cricket fans all around the world,” read Afridi’s tweet.

Congratulations @imVkohli You are a great player indeed, wish you continued success, keep entertaining cricket fans all around the world. https://t.co/OoDmlEECcu

As was the case on the field during their playing days, Afridi was recently involved in an online scuffle with former India opening batsman Gautam Gambhir after the latter accused him of being “immature“. The 44-year old had responded on the same platform.

We have set high standards for IPL: Sourav Ganguly on Birthday eve