Shaheen Afridi's Warning To Rivals Ahead of T20 World Cup 2022 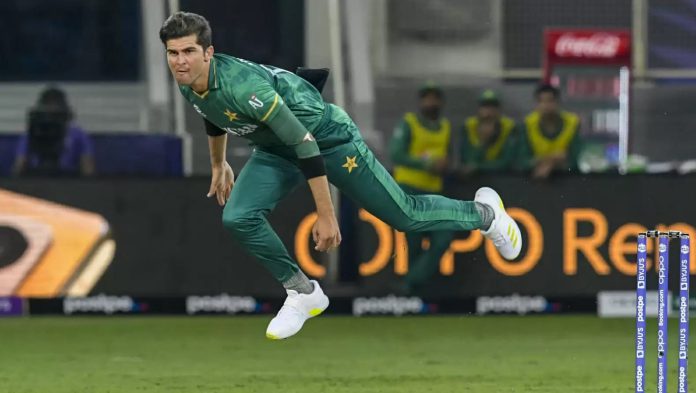 The speedster posted a picture of himself on Twitter, in which he was seen wearing casual attire, but his caption for the image was the thing everyone was surprised with, he wrote: “Keep Calm before the storm.”

Calm before the storm 🏏 pic.twitter.com/pLtd85tOyR

The pacer is part of Pakistan’s World Cup squad. However, his availability to play in the tournament will be subject to his fitness.

Afridi’s injury before the Asia Cup 2022

Earlier, Afridi sustained a right knee injury while fielding during the first test against Sri Lanka

His injury forced him out of Asia Cup 2022. Then he missed the home series against England. However, the left-arm bowler was selected to play again in the ongoing tri-series against New Zealand and Bangladesh, but he also missed the first T20I against Bangladesh on October 7, which his side won by 3 runs.

First, Pakistan lost the Asia Cup and later they lost the 7-match T20I series against England at home.

The men in green reached the finals of Asia Cup 2022, but they failed to clinch the cup for the third team, as the Sri Lankan side defeated them by 23 runs.

After that, they met England in a 7-match home series, which was very exciting, but the men in green at last lost the series by 4-3.

Now, they are in New Zealand for a tri-series against the Blackcaps and Bangladesh.

The first T20I was played between them and Bangladesh, which they won by 23 runs. Batting first, they posted 167 on board, courtesy Mohammad Rizwan’s unbeaten 78 off 50. His knock included seven fours and two maximums that helped the side cross the 165-run mark.

Later, their bowlers, who are known for defending any target, once again proved why everyone gave them this tag by restricting the Tigers to 146 for 8 to hand their side a 21-run victory in the series opener.

Mohammad Wasim Jnr. Was the pick of the bowler for team Pakistan, as he bagged 3 wickets in his impressive spell of 4-24-3.

While their World Cup campaign will start on October 23 at Melbourne. They will play their first game of the marquee event against India.

However, they have to play two warm-up games before the Super-12 competition.

Their first warm-up game will be against England on October 17 at Gabba. While they play their second practice game against Afghanistan at the same venue.