'Shahbaz Ahmed Did The Job For Us'- Mohammed Siraj On RCB's Tight Win Against SRH | StumpsandBails.com 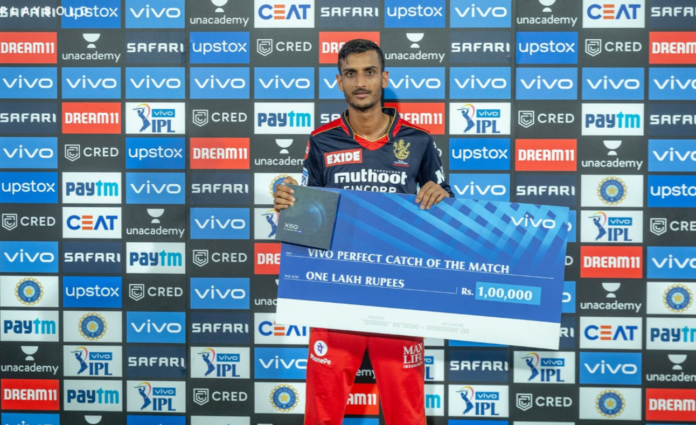 Virat Kohli’s Royal Challengers Bangalore clinched a close win against Sunrisers Hyderabad in Match 6 of VIVO IPL 2021. RCB handed a modest score of 150 runs for SRH to chase. SRH, however, crashed down while chasing the small total on a turning pitch. RCB’s bowlers rose up to the occasion as Shahbaz Ahmed, Mohammed Siraj and Harshal Patel displayed a steller class on the pitch. RCB won the game by 6 runs to maintain their perfect record in IPL 14 so far.

RCB pacer Siraj, in a post-match interview, praised the likes of Shahbaz Ahmed and Rajat Patidar. He stated that both, Ahmed and Patidar have been brilliant in net sessions and practise games.

“Both Shahbaz Ahmed and Rajat Patidar have been brilliant in the practice games. Shahbaz, as an all-rounder, gives us that extra option with his left-arm spin. The team management decides on the best-possible combination considering the conditions and opponents. Shahbaz Ahmed fitted into it for this game and did the job for us,” revealed Siraj in the post-match press conference.

Siraj also explained why Virat Kohli decided to opt for Ahmed instead of Washington Sundar in the ending stages of the game. “We had overs left of Washington Sundar too. But Virat Bhai (Virat Kohli) thought with two right-handers (Manish Pandey and Jonny Bairstow) at the crease, a left-arm spinner could be brought (in the 14th over). He created a chance with Manish Pandey in his first over, and that’s why he bowled another, and that changed the game,” concluded Mohammed Siraj.