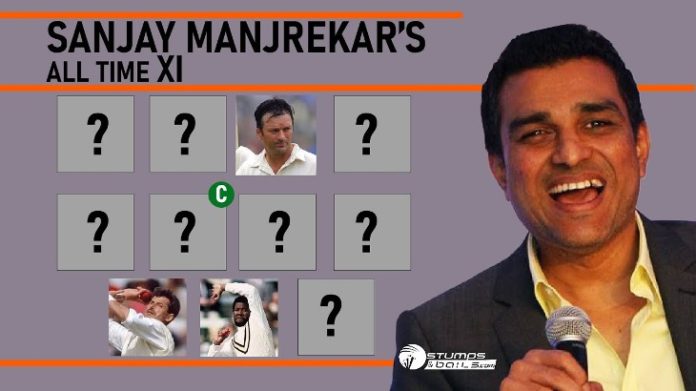 Former Indian cricketer and well-known commentator Sanjay Manjrekar celebrated his 55th birthday at his residence on Sunday (12th July). A lot of wishes and greetings of the cricketing world poured on social media for Sanjay Manjrekar.

Sanjay Manjrekar played his first match in the year 1987 for team India. He appeared in 74 One Day International matches and 37 Tests. However, he has got more success as a commentator.

As a batsman, Sanjay MAanjrekar is also considered as an intelligent, technically sound batsman who failed to prove his capabilities in the international field.

On the occasion of the birthday of the Karnataka born batsman, Lord’s Cricket Ground uploaded an intuitive video on their YouTube account in which Sanjay Manjrekar selected his all-time XI.

The team of Manjrekar looks totally perfect on the papers as the team has an accurate blend of splendor and intensity. Sanjay Manjrekar chooses his team-mate Sunil Gavaskar and Sri Lanka batsman Kumar Sangakkara as the openers of the team, maintaining the combination of left and right. Further, he said that Sunil Gavaskar was the actual reason behind playing cricket in his younger days.

For No.3 spot, Manjrekar picked the dangerous Caribbean batsman Vivian Richards. After Richards, at No.4 and No. 5 position, the cricket-turned commentator placed Sachin Tendulkar and Brian Lara respectively.

The no.6 position is grabbed by former Australian skipper, Steve Waugh. In the year 1999, Steve Waugh led the Australia team to the World Cup title.

It is interesting to know that Sanjay Manjrekar selected the Pakistani Legend, Imran Khan as his team’s captain ahead of anyone else.

And the bowling department will be handled by Sir Richard Hadlee, Malcolm Marshall, and Wasim Akram who lead the fast-bowling side while Shane Warne is the only spinner in his all-time XI.