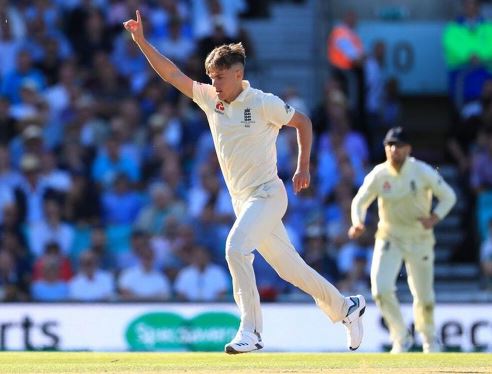 Sam Curran took the precious wicket of New Zealand captain Kane Williamson on day two of the first Test which helped England gain an advantage over Black Caps in the first Test.

Hosts ended the day on 144-4. BJ Watling and Henry Nicholls will resume the game on Saturday in Mount Maunganui.

Before the two-Test series, New Zealand skipper Kane Williamson had been rested for the T20I matches. Since the World Cup in July, he played in only four innings, one of which was in a first-class game last month.

Williamson scored 51 runs off 85 deliveries. He finished his 31st Test half-century with a boundary.

Sam Curran was the pick of England bowlers with two for 28. Spinner Jack Leach feels the ball that claimed Williamson’s wicket was a good omen.

He said, “The ball from Sam Curran to get Kane Williamson misbehaved and that’s a good sign when you’ve got runs on the board, We would have liked to have got more runs, we were aiming for at least 400. We wanted that big score, and we wanted a century in there and that’s something we’re working hard to do. Hopefully, that’ll come in the second innings.”

Tourists who tried to score a big total slumped from 277-4 to 286-7 and then 295-8 before Jos Buttler and Jack Leach combined for an important ninth-wicket partnership of 52 runs.

England’s innings completed after Wagner took the wicket of Buttler. Earlier, Stokes scored 91 runs and looked set for his 9th century, but he slashed at a Southee delivery and was caught by Taylor.