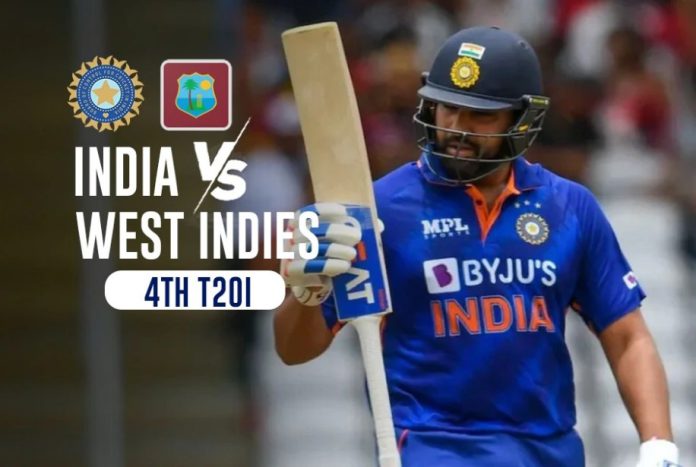 Indian captain Rohit Sharma suffered an injury as he had to retire hurt after suffering from a back spasm, Rohit was batting on 11 runs from 5 balls when he singled his physio and soon after that, he left the field holding his back during the match against West Indies in the 3rd T20I on Wednesday.

Hitman walked back to the pavilion very awkwardly after suffering from the injury. This created fear among the fans regarding his fitness for the remains matches against West Indies.

Soon after the third T20 against West Indies Hitman said “It’s fine now. There is still time for the fourth T20 match, I hope that I will recover completely by then”.

Indian fans breathed a sigh of relief after BCCI gave a key update on Hitman’s fitness level, with Asia Cup around the corner fans were hoping that Hitman returns to fitness and with the recent updates it seems like Rohit Sharma is back and will be playing the remaining two T20I against West Indies, Ishan Kishan was on the bench and was ready to open the innings if something serious happened to Rohit.

The Hitman is in pretty good form after scoring 64 runs from 44 balls in the first T20 against West Indies but was not able to show that in the second T20 after falling for Obed McCoy’s pace attack. However, he is the third T20 Hitman who walked away to the pavilion with a back injury after facing 5 balls.

Both West Indies and India arrived in Florida on Wednesday night to play their remaining two matches in the five-match T20I series. The members of both the teams, including the supporting staff, have been granted US visas after Guyana Government in a diplomatic way help everyone on board to get the Visas.

Rahul Dravid, Rohit Sharma, and 12 others from the Indian squad for the West Indies series did not have visas to travel to the US, but now the entire team has got the visa clearance.