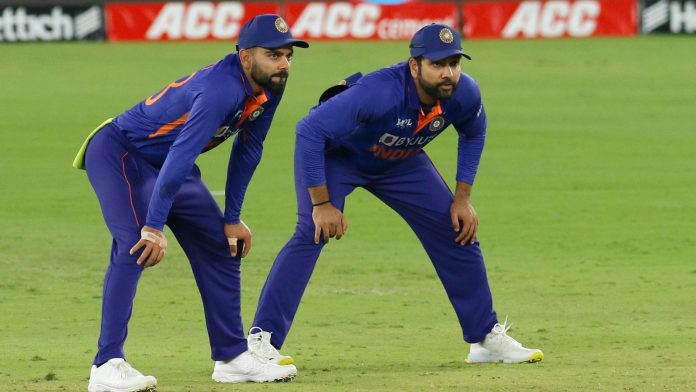 There were numerous rumors that Kohli and Rohit did not agree on anything when he was in charge as Team India’s head coach. Although the rumours of a falling out between the two alpha males of Indian cricket were untrue, the issue eventually went away like water under a bridge.

Kohli and Rohit have seemed to get along over the past couple of years, as evidenced by their teamwork on the field. The two even sat down for an open interview after India defeated Australia at home before they left for the World Cup.

On Kohli’s return to form, the former India coach offered his opinion. The former captain of India experienced a slump in form in the first half of the year, but he rebounded during the Asia Cup, where he scored the most runs of the competition and recorded his first T20I century.

In the T20 World Cup, Kohli continued his impressive run, dominating the run charts with 296 runs and four half-centuries. This included his outstanding 82-run unbeaten innings against Pakistan, in which Kohli snatched victory from an impending defeat.

Ravi Shastri when asked about the Rohit Sharma and Virat Kohli bond, he angrily replied “To hell with them. All of this is merely time pass for you guys. I don’t have the time for this. Everything is fine. There is good tuning between them. Everything is first-class. There was a 100-run partnership in between but you guys are stretching it. Keep on doing it. All of this is a very trivial matter.”

He added “I think in his career, that will be one of his finest T20 innings. No doubt about it, because the stage was that big. It was against Pakistan, the match was stuck for India, so to score runs there under pressure is a big thing. I don’t need to say anything. The world has seen it, they will judge it and he will put it as one of his best.”