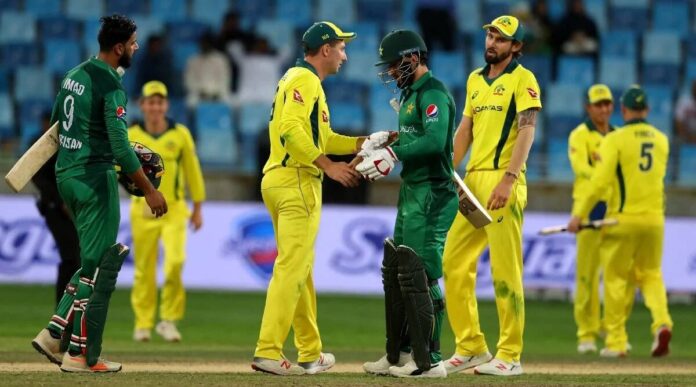 Pakistan will be up against Australia for the second semi-finals in the ongoing ICC T20 World Cup 2021. The match is scheduled to be played on Thursday, November 11th at the Dubai International Stadium from 7:30 PM IST onwards. While Pakistan will enter the match as the favorites, the Baggy Greens are also very much in the game. Let’s have a look at the Dream11 choices if Australia bats firsts. Here is PAK vs AUS Dream11 Players.

Both the teams will want to bowl first in the crucial semi-final match. It will be safe to say if Pakistan wins the toss they will put the Australians to bat first. However, Australians can still make the most of the situation. Pakistan have not put to chase a big score in the tournament so far. If the likes of David Warner, Aaron Finch, and Glenn Maxwell charge up in the first innings then it is going to be a difficult task for the Pakistanis to chase the total.

Aaron Finch and David Warner will try to make the most of the powerplay while batting first. As both the batsmen will be playing without any pressure, the Australians might bag a huge total in the first 6 overs themselves. Glenn Maxwell is the trump card in your Dream11 as he can do both, bat as well as bowl. Adam Zampa will be very crucial for the Australians if they are to defend a certain total.

Babar Azam and Mohammad Rizwan are the must-have players from the Pakistan squad during the chase. These two batsmen will play a composed inning and rack up decent individual totals to ease the situation for Pakistan. Shoaib Malik is yet another influential player to have in your team during the chase. 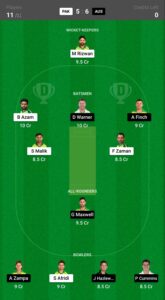 Disclaimer: Please note that our Dream11 team is based on our analysis and they do not promise fixed results.