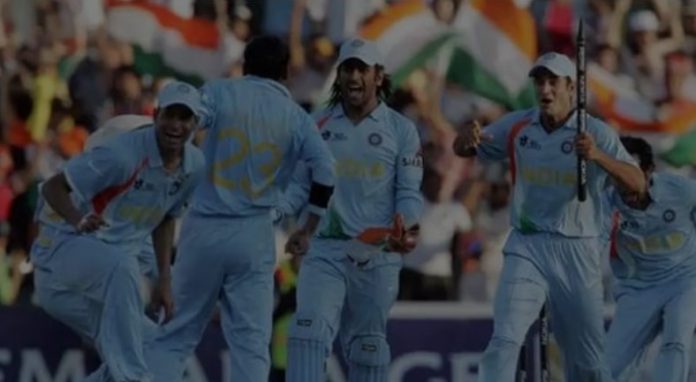 On this day, 15 years back, the MS Dhoni-led young Indian side registered a comprehensive win over the tough opponent Australia in the semi-final game of the inaugural ICC T20 World Cup 2007 to reach the finals of the tournament.

The scorecard of the match displayed the level of nail-biting moments throughout the game as well as India’s dominance in the crucial match as the young side posted 188 for 5 in 20 overs against one of the dangerous bowling line-up in the world.

However, the start of the Indian innings was not as strong as they had hoped because the men in blue lost both of their openers early. But, it was Yuvraj Singh’s ferocious 30-ball 70 that not only absorbed all the strain from the Indian side but also established the foundation for a huge total.

Opting to bat first, Indian openers were seen having difficulty in opening their arms for boundaries and soon both got dismissed that put India in some pressure.

A partnership of 84 in just 39 balls between Robin Uthappa and Yuvraj Singh then steadied the Indian innings.

Uthappa, however, lost his wickets after playing a crucial knock of 34 off 28.

Yuvraj, who smashed 6 sixes in an over 3 days before the semi-final, recorded 70 runs in just 30 deliveries with the help of five fours. Five maximums that shifted the momentum of the game towards the men in blue.

India were at 155 when the dangerous left-hander got out. MS Dhoni then took the charge and played an unbeaten knock of 18-ball 36 to guide India to 188 for 5 n 20 overs.

With most the cricket pundits still believe Australia will win the game. Their openers did exactly the same by starting the chasing campaign on an expected destructive note.

Sreesanth provided their first breakthrough by removing the skipper Adam Gilchrist with a Yorker. His aggression after taking the wicket shows how big and important that wicket was.

Australia, however, still remained at top even after losing Hodge too inside 10 overs. The main reason behind that the dangerous Matthew Hayden still there on crease.

The men in yellow were making steady progress toward the target. But, then Sreesanth once more shocked the opposition by taking Hayden’s wicket to bring India back in the game.

Soon Symonds left the field after playing a destructive knock of 43 off 26. Indian bowlers then didn’t allowed the Australian batters to score much runs by taking quick wickets.

The star of the night with ball was Sreesanth. His spell of 4-12-2 handed India a victory in the semi-final of the inaugural ICC T20 World Cup 2007.