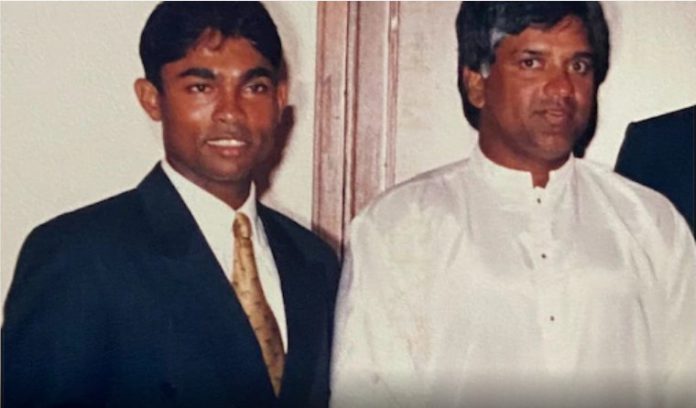 Sl vs Aus Test Series in 1992, A three-match Test series between Sri Lanka and Australia began on this day, August 19, with the first Test taking place in Colombo. Three Sri Lankan batters achieved hundreds on the same day in a Test match between the two countries, which is a very uncommon occurrence in the sport.

Australia last visited Lanka for a Test series in 1982, when there was just one Test match between the two countries, which Australia won. Arjuna Ranatunga, the captain of Sri Lanka, won the toss and decided to bowl against a competent Australia team captained by Allan Border.

Ranatunga chose to bowl first on the first day due to the cloudy weather. The hosts’ choice to bowl first paid off when the Lankan attack bowled Australia out for 256 in 84 overs. Opening batsman Mark Taylor scored 42, while wicketkeeper-batsman Ian Healy scored 66, the highest total of the innings. Champaka Ramanayake came in second with a score of 3/51, trailing only Chandika Hathurasingha in the attack’s leaderboard with 4/66.

The second day brought great conditions for batting, which the Lankans took advantage of by setting up base. By the end of the second day, the hosts held an 11-run advantage.

To make the visitors work, Gurusinha (87) and Ranatunga (69) returned to the crease on Day 3. After Gurusinha reached his century, the skipper eventually also reached a century. The two swashbucklers put together a 230-run stand for the fourth wicket. The much-needed breakthrough came when Greg Matthews was able to dismiss the Sri Lankan captain for 127. He then dismissed Marvan Atapattu in the very next delivery. Although the skipper’s return gave Australia some relief, the day continued to grow longer for them.

Romesh Kaluwitharana, age 23, entered the game after lunch while Gurusinha was still on strike. Before Gurusinha was bowled out for 137 runs by Matthews, the pair added 93 runs to their partnership. The young player continued to play while being on strike, scoring his debut century. After mounting 547/8 on the board, the hosts ultimately proclaimed their innings, with Kaluwitharana scoring 132 undefeated.

Three batsmen scoring hundreds in a Test match on the same day is a remarkable accomplishment. Australia, having learned from their errors in the first innings, was able to score 471 runs because to half-centuries from David Boon (68), Dean Jones (57), Mark Waugh (56) and Matthews (64).

The remaining two games were drawn, and Australia went on to win the three-game series 1-0.