Many fans and teammates also took to Twitter to wish the current BCCI president. 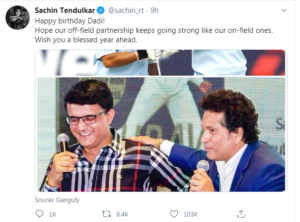 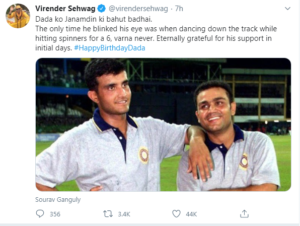 Sourav Ganguly played all total 113 Test matches and 311 numbers of One Day Internationals during his career for India. Now He is the President of the Board of Control for Cricket in India (BCCI).