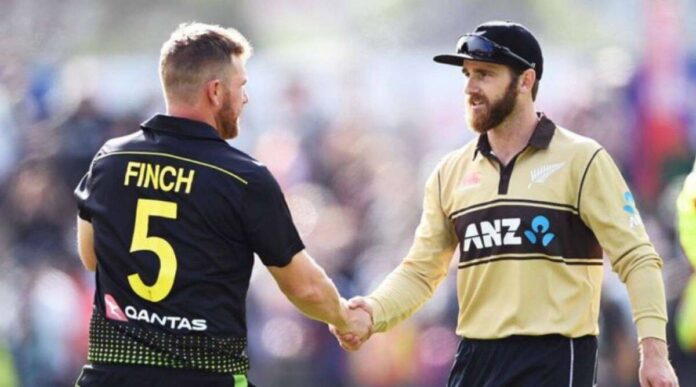 The two finalists for the 2021 edition of the T20I World Cup are set as New Zealand and Australia will battle each other for the auspicious trophy. The T20I World Cup is set to travel to ‘Down Under’ for the first time since the history of its inception. Australia and New Zealand reached the finals of the competition in one of the most fashionable manner. Both the teams fought till the end and chased a massive total with an over-left in their respective semi-final encounters.

The match is scheduled to be played on Sunday, November 14th at the Dubai International Stadium from 7:30 PM IST onwards. Both the teams are evenly matched on the paper and the final can fall in anyone’s favor. It is going to be an interesting watch for the fans. The formula is clear for the teams to win the games in the 2021 World Cup: Win the toss and elect to bowl first. Both the finalists will want to bowl first if they win the toss. Let’s have a look at the preferable Dream11 team if Australia bats first.

Australians will rely on the services of David Warner and Aaron Finch to guide them towards a huge total if they are put on to bat first in the finals. We already saw in the semi-finals that these two teams have the potential to chase a huge total in crucial games. Australians will have to gather a total of around 170+ runs if they want to wish to be on the driver’s seat in the second innings. Glenn Maxwell. Mathew Wade, Pat Cummins, and Adam Zampa will have to be on their level best for the Baggy Greens to win the first T20I trophy. 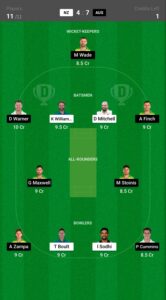 Disclaimer: Please note that the Dream11 predictions are based on our analysis and they do not promise positive results.