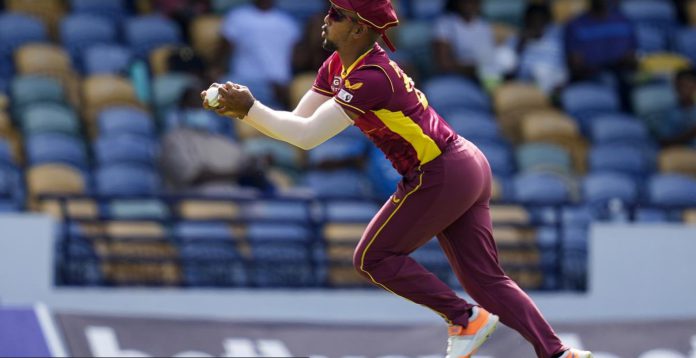 After the West Indies’ sad first-round exit from the 2022 T20 World Cup, Nicholas Pooran has resigned as the team’s white-ball captain, Cricket West Indies. In the T20I setup, Rovman Powell now serves as vice-captain; Shai Hope assumes that role in the 50-over format.

Nicholas Pooran took over as captain of the West Indies team on July 10 of last year. It was a T20I match against Australia in Gros Islet. Kieron Pollard was out with a hamstring injury. The West Indies prevailed 4-1 in the series. Pollard captained the white-ball team when his hamstring injury kept him from participating in the Pakistan tour in 2021–2022.

Pooran has also not been in great shape. In his last 10 T20Is, he has played just 94 games, and in the T20 World Cup, he has scored 25 runs over three innings.

Pollard formally handed over the reins to Pooran on May 3, 2022, when the seasoned all-rounder announced his retirement from international cricket. Only four of the West Indies’ 17 ODI victories and eight of their 23 T20I victories occurred under his leadership. The West Indies defeated Zimbabwe in the recently concluded T20 World Cup, but they fell to Scotland and Ireland and were unable to advance to the Super 12s.

Nicholas Pooran On Stepping Down from Captain’s Role

Pooran talking about his captaincy said. “I have given the captaincy a great deal of thought since the enormous disappointment of the T20 WC. I took on the role with great pride and dedication and have given it absolutely everything over the past year. The T20 WC is something that must not define us and I will readily get involved in the upcoming reviews. And whilst it will be several months until we reconvene as a squad, I want to give CWI plenty of time to prepare for the matches against South Africa in March and beyond.”

“By stepping down now as the West Indies white ball captain I believe it is in the best interests of the team and for me personally. I need to concentrate on what I can deliver to the side as a player. I desperately want us to be successful and the most value I can give to the team is through fully focusing on the role of consistently scoring runs at crucial times,” he added.

Director of cricket for the CWI, Jimmy Adams, stated. “I’d want to thank Nicholas on behalf of CWI for his time spent coaching our white ball teams. After speaking with him, I know that he is still wholly to West Indies cricket. I am sure that he will play a significant part in our future.”