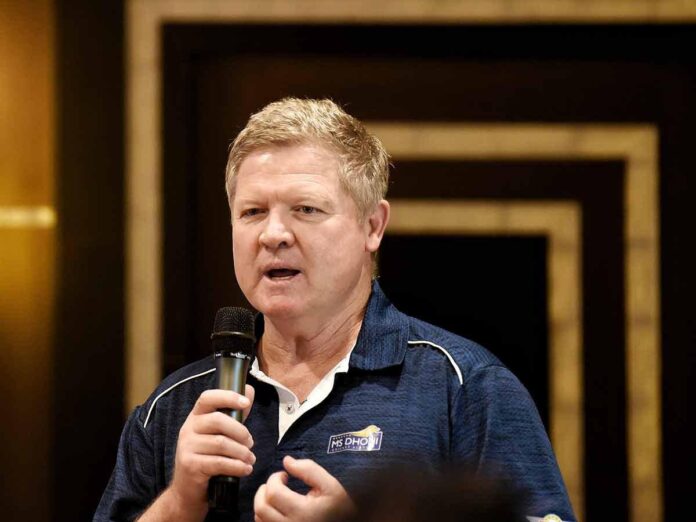 Virat Kohli is currently at the pinnacle of world cricket with his persistent approach towards the game. The 32-year-old Indian skipper is tipped as the best batsman of his generation by many while others idolize him as the greatest of all time. Virat Kohli’s stats are incredible and it will be safe to say that he carries to caliber to break every record which is set by India’s legend Sachin Tendulkar. Despite all his achievements, there are many cricket expertise who still refuses to take Virat Kholi’s name in the same sentence with that of Sachin Tendulkar and Brian Lara’s.

Former South African batsman Daryll Cullinan refuses to accept that Virat Kohli and Sachin Tendulkar are cut from the same cloth. Cullinan, who calls himself a big Kohli fan, stated that the Indian skipper can never match Tendulkar and Lara’s perfection and technique. “Never. Never. And I am a big Virat fan,” Cullinan told Khaleej Times when asked if Kohli has reached Tendulkar and Lara’s level.

53-year-old Daryll Cullinan was an essential part of South Africa’s cricket in the 90s. Cullinan played alongside the likes of Tendulkar and Lara throughout his whole cricketing career and still considers the duo as the finest of all.

“I think batting in the last 10 years has never been easier. Batting powerplays, two hard new balls favor the batsmen. I think some of the Test cricket, we have seen wickets that are flat because they want to play five days,” he said. “So, in my opinion, you cannot consider Virat in the same class as Lara or Sachin. I think he (Kohli) is an amazingly good cricketer. But I would have loved to see Brian and Sachin now in such good batting conditions.”

“Imagine Sachin in the powerplays in 50 overs, two balls. Can you imagine how he or Brian would have played?” “The powerplays have been ridiculous because the ICC wanted high scores. They (Kohli’s generation) have never really faced the kind of reverse swing Sachin and Brian had to face.”

Cullinan, who is the Director of Coaching at the MS Dhoni Cricket Academy which recently collaborated with Dubai’s Kricket’s Spero academy, insisted the young batsmen to adapt the batting technique from Sachin Tendulkar.

“There has never been a better technician than Sachin, it’s for kids to learn, how to pick the bat up, how to swing the bat,” he said. “He was a perfectionist. Brian was different. He had his unique characteristics. Jacques Kallis was a great technician, but Sachin was the perfect player.”