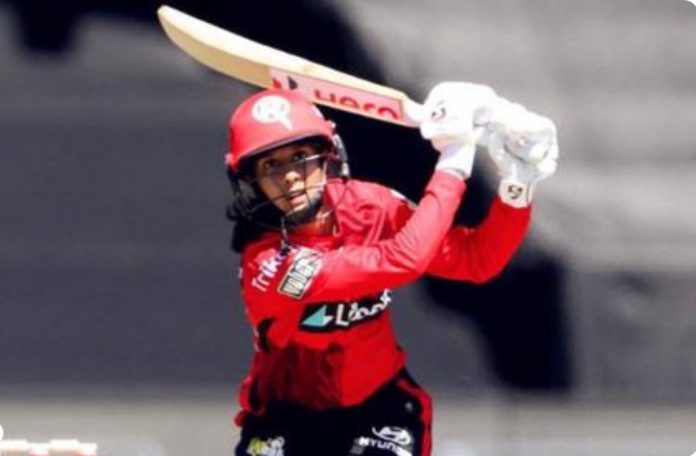 In the 22nd game of the eighth Women’s Big Bash League season, Stars will face off against Renegades. Let us look at MS-W vs MR-W Dream11 Prediction in detail.

Where To Watch Live:

The game between Melbourne Renegades and Melbourne Stars Women will be telecasted on Sony Sports Network. Fans will be able to watch the live streaming of the MR-w vs MS-w WBBL match on the Sony liv app.

The 22nd Match of Women’s Big Bash League is going to be held at the Eastern Oval, Ballarat. We had observed in the previous matches played here that the pitch here at this venue is good for batting. The track is slower than the others we have seen and helps the spinners quite a bit. We are hoping that the surface is bound to get slower and be a bit more difficult for batting in this match. A score of 160 is going to be tough to chase.

Kim Garth has been the best bowler for Melbourne Stars and has picked up 2 wickets while bowling at an average of 26 and an economy rate of 6.62.

Sophie Molineux has been the best bowler for Melbourne Renegades and has picked up 4 wickets while bowling at an average of 15 and an economy rate of 7.87.

After 1 comfortable win, the Melbourne Renegades is ahead of Melbourne Stars in the table but both the teams have lost almost all the matches in the league so far. Looking into the performance of both the teams seems similar.

If Melbourne stars wants to continue the win, a strong opening partnership will be crucial. Stars should score 40–50 runs throughout its powerplay overs.

Melbourne Renegades, on the other hand, has also a decent batting order and can score 50 runs in the first six overs.

Given that the surface is not very helpful for batters later in the innings, Stars might score 35 to 40 runs in the remaining four overs. In contrast, Melbourne Renegades may score 25 to 30 runs over the last overs.

Stars may reach their 20-over quota with scores of between 130 and 140. If Melbourne Renegades batted first; they might score 140-150.

Top picks for the Dream 11 fantasy game: Teams you can watch for:

Who Will Win Today’s Match Between MS vs MR?

This is a crucial Melbourne derby for all the wrong reasons with the Renegades and the Stars making up the bottom two places in the table. It’s been a tough season for both so far with just one win from eight games between them. Whilst have struggled with the bat, Melbourne Stars have at least shown that they pose some threat with the ball, having almost toppled high-flying Perth Scorchers following an excellent bowling performance attempting to defend a sub-par total. If the Stars can replicate those levels once again with the ball, then they may just do enough to edge this one. It can be a head-to-head collision and Renegades can win the game.